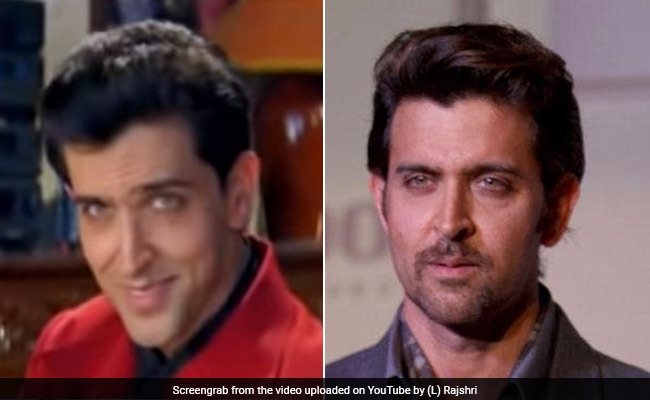 Do you remember what character Hrithik Roshan played in his 2003 film Main Prem Ki Diwani Hoon? If not, we are here to help you. The actor played Prem Kishen, a "happy and uppity" guy, in the film but he recently revealed that it was quite "hard" for him to play that role. Hrithik Roshan, in an interaction with Film Companion's Anupama Chopra, joked about one of the most difficult roles he has played in his career so far and said that he "failed terribly" playing "a very happy, very uppity" guy in Main Prem Ki Diwani Hoon. During the interaction, when one of the actor's fans asked him if he has ever faced difficulty playing a character and he followed a method to play that role, Hrithik said: "Yeah and I failed terribly."

Hrithik Roshan co-starred with Kareena Kapoor and Abhishek Bachchan in the film, which also starred Pankaj Kapur, Himani Shivpuri, Tanaaz Irani, Reema Lagoo and Upasna Singh. Directed by Sooraj Barjatya, the film is a Hindi remake of the 1976 film Chitchor.

Check out the aforementioned excerpt from Hrithik's interaction with Anupama Chopra here:

We think #HrithikRoshan taking a dig at his #MainPremKiDiwaniHoon act is the coolest thing on the Internet right now! Full conversation goes live tomorrow on our Youtube channel: https://t.co/scCwRNZFpQ. Location Courtesy: @thejgstudio. pic.twitter.com/7TSOkD4yao

On the work front, Hrithik Roshan was last seen in War, which performed really well at the box office. He hasn't announced his next film yet.