Hrithik Roshan More Likely to Date the Pope Than an Actress. His Words 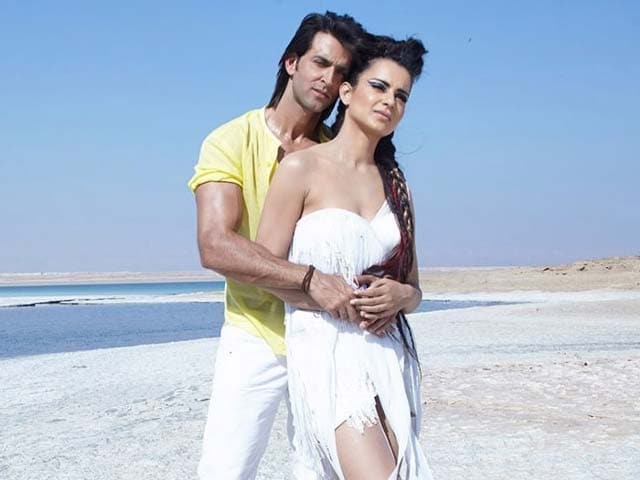 Hrithik and Kangana in a still from Krrish 3

New Delhi: With one fell tweet, actor Hrithik Roshan has rejected rumours of an alleged affair with Bollywood affairs, going as far to assert that he'd be more likely to have an assignation with the Pope.

Ther r more chances of me having had an affair with d Pope dan any of d (Im sure wonderful)women d media hs ben naming.Thanks but no thanks.

While the Bang Bang star generically groups together 'Bollywood actresses,' he is likely referring obliquely to Kangana Ranaut, 28, who co-starred with him in Krrish 3.

This report in Pinkvilla claims that Kangana and Hrithik dated, broke up and that Hrithik might have had Kangana excluded from the cast of Aashiqui 3. The report quotes Kangana as having said, "Yes, many lame rumours are doing rounds, even a dumbass can tell where these rumours are coming from. I don't know why exes do silly things to get your attention. For me that chapter is over and I don't dig graves."

Hrithik Roshan, who is divorced from Sussanne Khan, was asked at the launch of the song Dheere Dheere last year if he was dating Kangana. He told news agency PTI, "Oh my God. What should I say about it?"

Kangana was equally insistent that she was single. While doing press for her film Katti Batti, she said, "I don't have anyone in my life as of now. I am single but I am not open to dating because I am committed to my films and roles. Relationship is a lot of work. I don't want to be unfair to someone."

Their alleged romance might be moot but any Bollywood actresses wanting to date Hrithik Roshan knows what to do - become the Pope.