Hrithik Roshan And Tiger Shroff's Film Is All About Action, Action And More Action (We Are Not Surprised)

Finally, we have an update on Hrithik Roshan and Tiger Shroff's film, which was announced last year 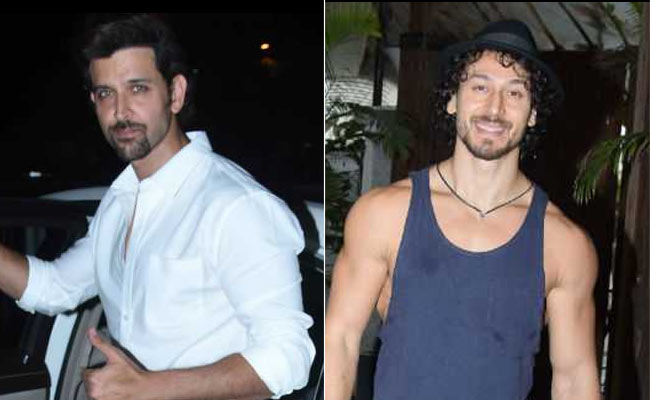 Hrithik Roshan and Tiger Shroff will be directed by Siddharth Anand

Finally, we have an update on Hrithik Roshan and Tiger Shroff's much-anticipated film, which was announced last year. Of course, the film will have some high-octane action sequences, because Hrithik and Tiger, plus, the film will be shot around several countries to make it visually pleasing for the audience. "Everything in this film is about scale. We have Hrithik and Tiger, so you can imagine they will push their limits do the biggest action sequences that people have seen and we intend to make this film a visual and action spectacle for audiences," Director Siddharth Anand said in a statement, reports news agency PTI.

With Hrithik and Tiger's untitled film, Mr Anand plans to redefine the concept of action films in Bollywood. It also stars Vaani Kapoor and will be shot in six different countries. "We want to stand apart and redefine how action films are made in Bollywood. We are shooting in Spain, Georgia, Italy, Portugal and Sweden and of course India. Some of the biggest action sequences will be shot in these countries," Siddharth Anand told PTI.

He also reasoned out his idea of shooting the film at these place and told PTI, "So far, Portugal, with its beautiful beaches, mountains and historic cities, is unexplored on Hindi film. Sweden will add another dimension to scale as it has hardly been seen in films. While shooting in Italy, we will film at some of the most expensive holiday destinations like Lake Como and the Amalfi Coast."

Siddharth Anand has previously directed Hrithik Roshan Bang Bang, opposite Katrina Kaif. Hrithik and Tiger will begin shooting for this film in September.