Hrithik Roshan and his ex-wife Sussanne Khan were spotted with their children Hrehaan and Hridhaan outside a theatre in Juhu, Mumbai on Sunday night. They were accompanied by Swades actress Gayatri Joshi and her son 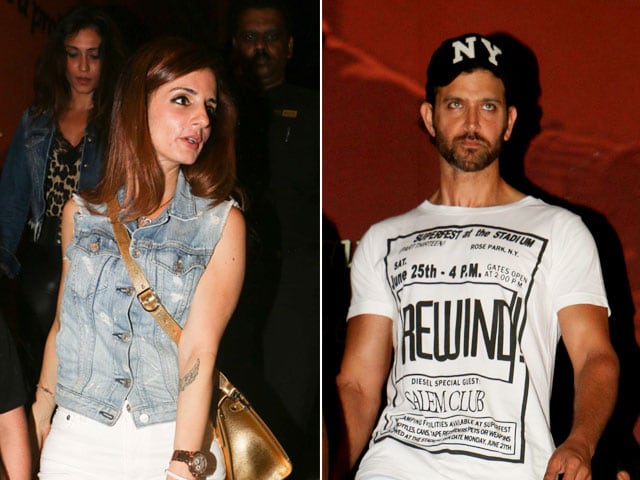 Hrithik and Sussanne in Mumbai

New Delhi: Actor Hrithik Roshan and his ex-wife Sussanne Khan were spotted with their children Hrehaan and Hridhaan outside a theatre in Juhu, Mumbai on Sunday night. The couple were also accompanied by Swades actress Gayatri Joshi and her son. The 43-year-old actor looked charming in white t-shirt paired with denims while Sussanne was dressed in a sleeveless denim top paired with white pants. Hrithik and Sussanne were seen making their way through the crowd and paparazzi along with the children. On Saturday, Hrithik was spotted on a dinner date with Sussanne and sons Hrehaan and Hridhaan. They were photographed outside a Mumbai restaurant along with a few friends. Well, it seems they had a wonderful weekend.

See the pictures of Hrithik and Sussanne Khan here: 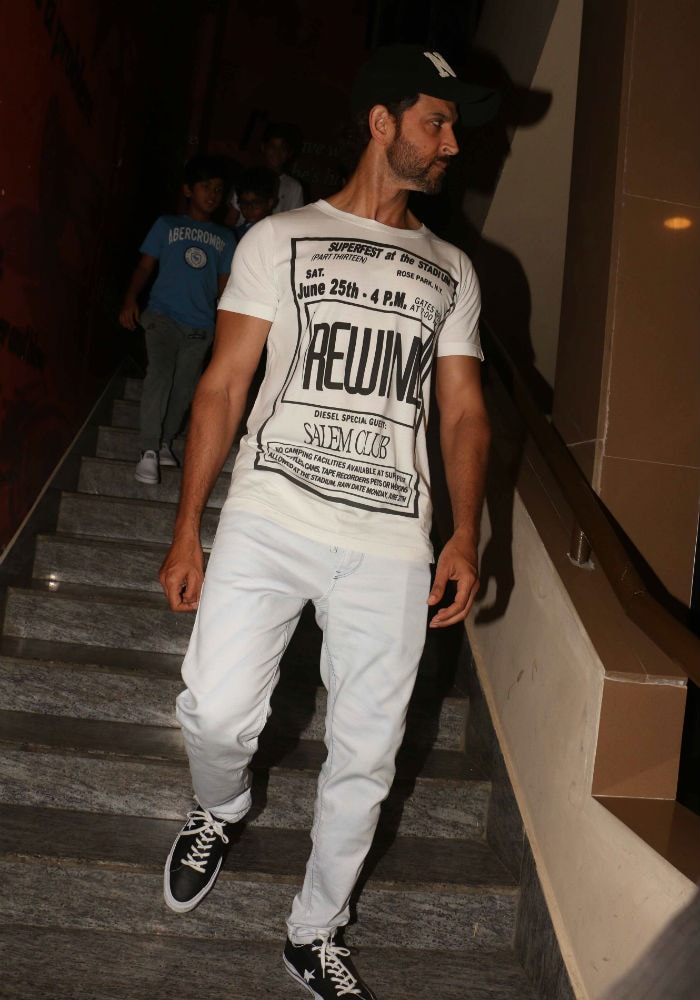 Hrithik Roshan photographed outside a theatre in Mumbai 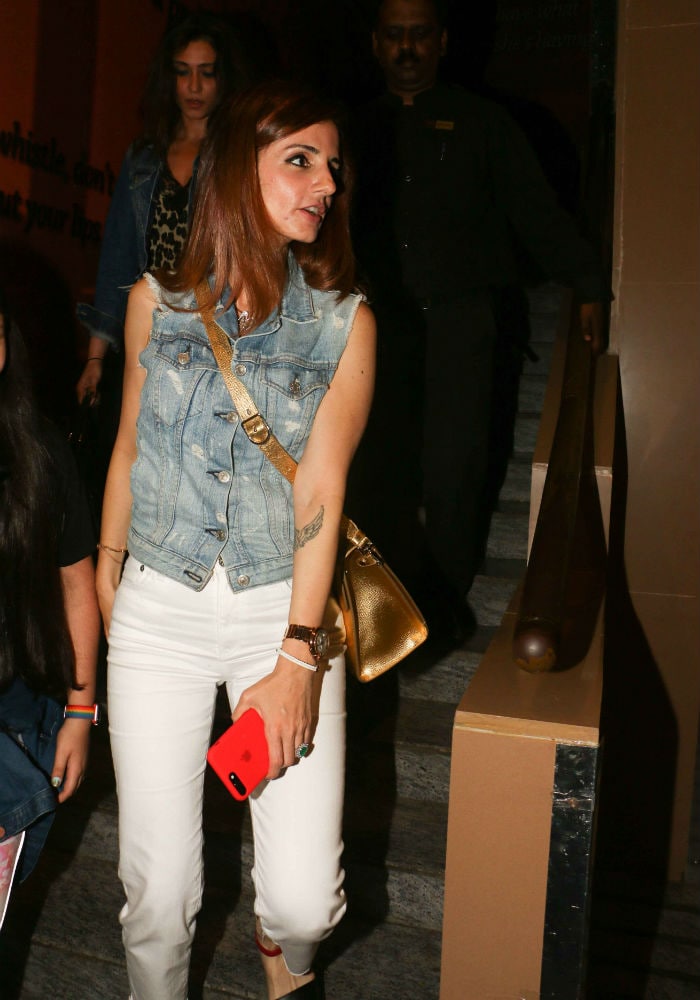 Sussanne Khan photographed outside a theatre in Mumbai 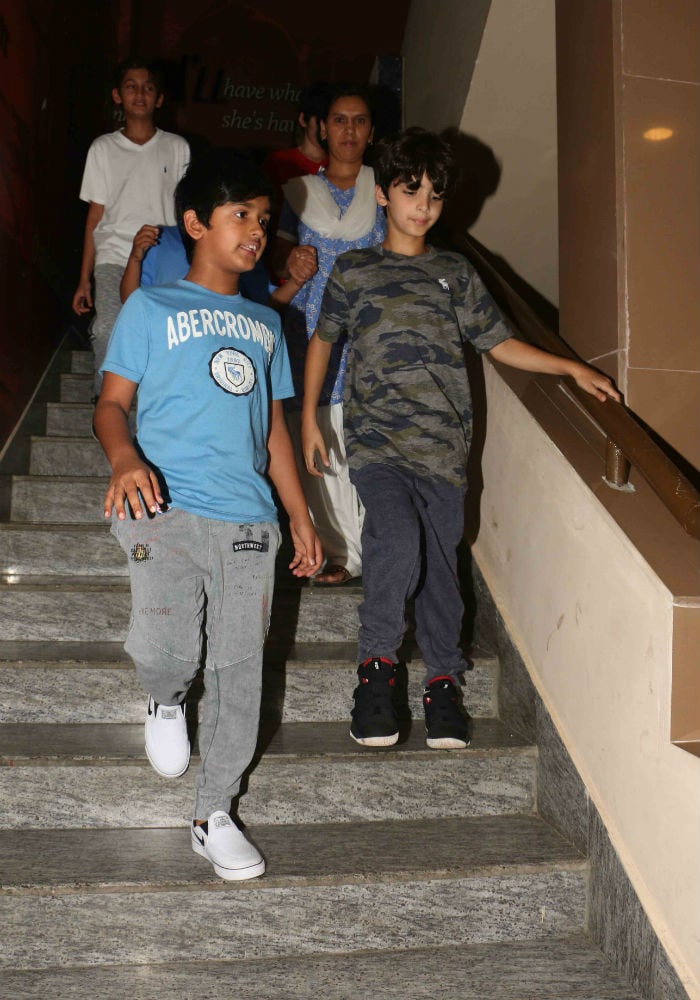 Hrithik Roshan's son Hridhaan photographed outside a theatre in Mumbai 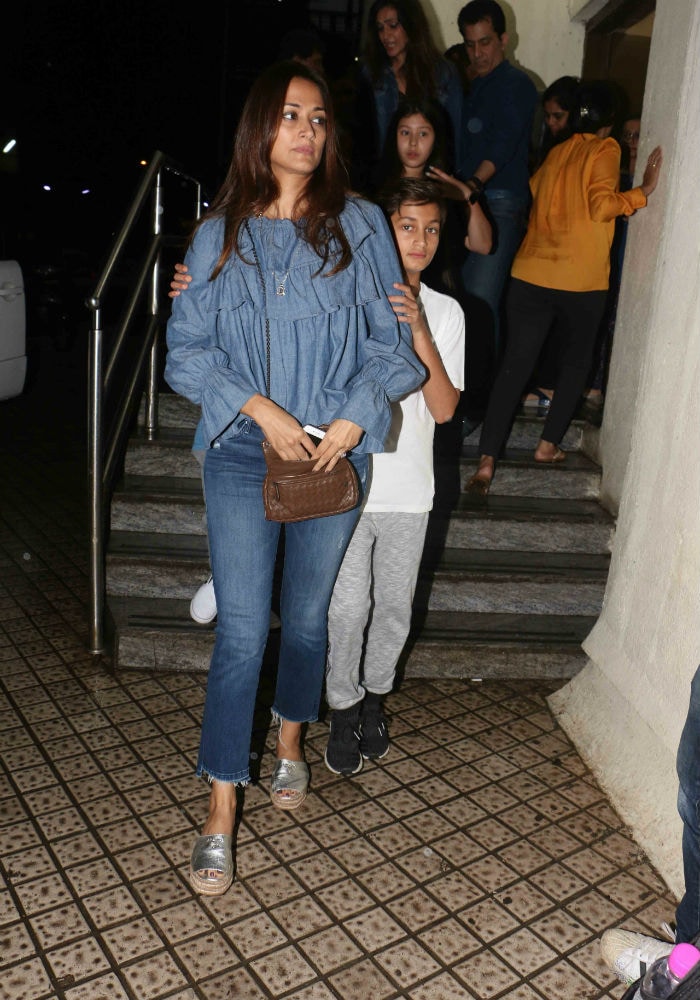 Gayatri Joshi photographed with her son outside a theatre in Mumbai

Hrithik Roshan got married to Sussanne, daughter of actor Sanjay Khan, in December 2000. After living separately for a year, Hrithik and Sussanne got divorced in 2014.

Sussanne has often been spotted at major family events of the Roshans and is also seen attending the screenings of Hrithik's films.

On Raksha Bandhan, Sussanne's sister Farah Khan Ali tied a rakhi to Hrithik. On her Instagram post, she wrote that she admires the Dhoom 2 actor for his 'constant support and love.' Hrithik Roshan also shared a message on social media for his sisters. "To my dear sisters, a brother's solemn promise to always be there for you even when you don't miss us. cause we love you too much," he wrote.

To my dear sisters, a brothers solemn promise to always be there for you even when you don't miss us :) cause we love you too much Happy Rakshabandhan to all.

In July, Hrithik Roshan and Sussanne Khan were seen vacationing with sons Hrehaan and Hridhaan in California. They were accompanied by Sonali Bendre, Gayatri Joshi and their sons.

A magical experience is made even more special when it's shared with the ones you love. #Orlando #UniversalStudios #SummerVacay

Promoted
Listen to the latest songs, only on JioSaavn.com
Hrithik and Sussanne were also seen partying with filmmaker Karan Johar, Shah Rukh Khan's designer wife Gauri Khan, Sonali Bendre and Gayatri Joshi in New York after the 18th edition of the IIFA awards.

Hrithik Roshan last featured in Kaabil, co-starring Yami Gautam. He will next be seen in Krrish 4 which will be directed by his father Rakesh Roshan.