How Salman Khan Got His First Advert: 'Dived Into The Water' To Impress A Girl

"To impress her, I dived in the water and swam the whole length underwater. So when I came out on the other side, she was not there," said Salman 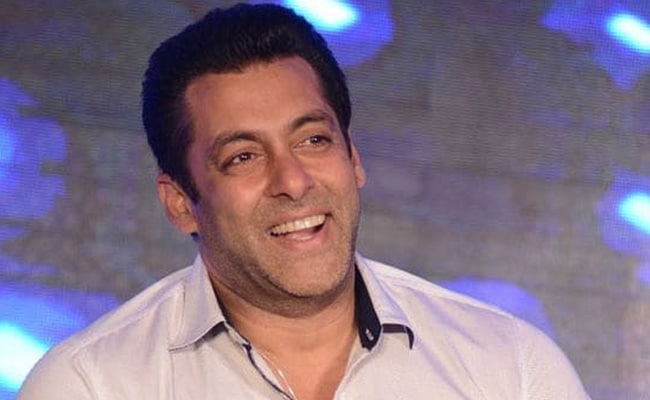 We bet the story behind how Salman Khan got his first advertisement assignment back in 1983 will leave you in splits. The actor, who recently appeared on Tara Sharma's chat show, revealed that he was just trying to "impress a lady" by showing her his underwater swimming skills but ended up getting his first advertisement. The lady was none other than Kailash Surendernath's girlfriend Aarti Gupta, who also featured in the aforementioned ad. Aarti (who was dating Mr Surendranath and later married him) told him that the actor could swim really well and that's how Kailash Surendernath approached Salman for a commercial for Campa Cola, for which he "needed good swimmers." Salman also revealed that his first advert also featured Jackie Shroff's wife Ayesha Shroff.

The actor told Tara: "I was swimming one day at the Sea Rock Club and I saw this really beautiful, young lady walking past in a red sari. To impress her, I dived in the water and being such an idiot, I swam the whole length underwater. So when I came out on the other side, she was not there. The next day, I got a call from Far Productions, saying that they want me to do a cold drink commercial - it was Campa Cola, at that point of time and I was wondering, 'How did this come about?' I went there to meet Kailash with my aunt."

Salman said when he asked the ad filmmaker who gave him his contact number, Kailash replied: "That girl you were trying to impress is my girlfriend. She told me that this guy swims really well."

"We were supposed to shoot that in the Maldives and they did want somebody who knew how to swim underwater. Me and Jackie's (Shroff) wife Ayesha were the only two who could do those laps underwater. That's how I faced the camera for the first time," added Salman Khan.

Now that you know the whole story behind Salman's first commercial, check out the 1983 Campa Cola ad which featured him along with Ayesha Shroff, Shiraz Merchant, Sunil Nischol, Vanessa Vaz and Aarti Gupta:

Earlier, in an interview to mid-day, Kailash Surendranath talked about how he signed Salman Khan for the Campa Cola ad campaign and said: "We needed good swimmers, who could swim underwater for the Campa Cola ad campaign, we were shooting in the Andaman Islands. Fortunately, Aarti found Salman. Her dad had suggested him, as he was a friend of Salim saab. He was just 16 at that time but she'd seen him dive underwater and told me he was perfect, and packed him off to me. But when I saw him, I was amused as he looked like a kid. But then on Aarti's insistence, I made him take off his shirt and boy, even at that age he was ripped! So we signed him on."

In the same episode of the chat show, Salman, who will turn 54 on Friday, also revealed several funny anecdotes from his childhood days. Watch the video here:

On the work front, Salman Khan was last seen in Dabangg 3. He will next be seen in Radhe.