Parineeti Chopra is on a trip to an unknown location 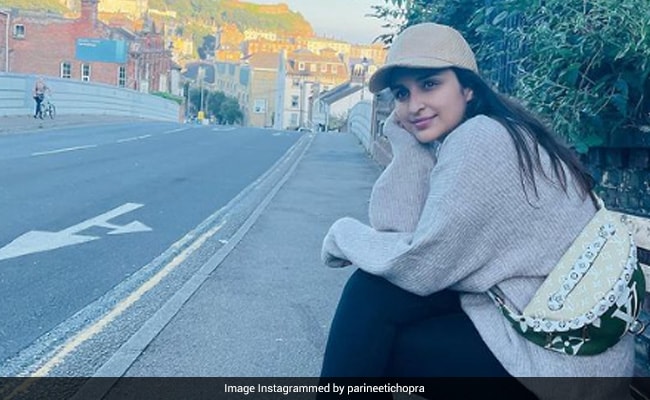 Parineeti Chopra, who is all set to mark her first collaboration with filmmaker Imtiaz Ali in his film Chamkila, is currently on a trip to an unknown location. On Saturday, the actor shared two pictures of her on Instagram. In the pictures, she is seen wearing an oversized sweater, paired with black pants. She is also sporting a cap in the pictures. Sharing her photos, the actor wrote, "I travel to places no one goes, so I can walk free and no one knows. (But request strangers to take my photos)", with a laughing emoji. Many of her fans flooded her comments section with compliments like, "You're Gorgeous" and "Awesome", while others have dropped heart and fire emojis, expressing their love for her.

Parineeti Chopra, who was earlier said to appear in Ranbir Kapoor's Animal, opted out, to join Imtiaz Ali's cast for Chamkila. The film is a biopic of Punjabi singer Amar Singh Chamkila, starring Diljit Dosanjh and Parineeti Chopra in the lead.

Just a few weeks ago, the actor had also shared a picture with herKesari co-star Akshay Kumar, announcing an untitled project. Her caption read, "We are back. This time the Kesari duo may be shooting in York, but the laughs, jokes, games, and Punjabi Gupshup is the same", with a smiley face and a heart emoji.

Parineeti Chopra was last seen in her 2021 films like The Girl On The Train and Saina. Saina is a biopic of badminton player Saina Nehwal.