"I wanted his appreciation. I wanted him to say 'great shot man' and 'good job'," said Tiger Shroff 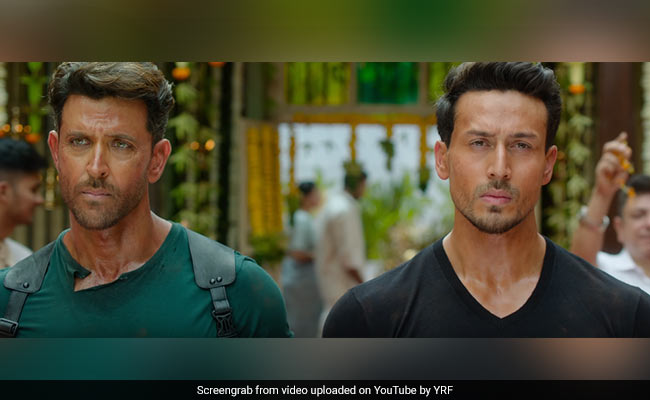 We all know that it is a dream come true for Tiger Shroff to work with his idol Hrithik Roshan in War. However, in an exclusive interview with NDTV's Rohit Khilnani, Tiger Shroff revealed that he was really "nervous and shaky" on the first day on the War sets as he was going to shoot with Hrithik Roshan. Tiger, who began by sharing his "first memory" of Hrithik Roshan (more on that later), said: "Can't tell you how nervous I was, how shaky I was. I wanted his appreciation. Wanted him to say 'great shot man' and 'good job.' I was thinking at that time that 'I hope I don't mess up' because here you are working with your idol and how do you not show that you are not starstruck."

Tiger Shroff added: "After the first shot, nervousness was settled and I remember him saying 'great shot' and 'I like what you did.' That put me in ease." Hrithik Roshan and Tiger Shroff's War will release this Wednesday.

In his interview with NDTV, Tiger said he first saw Hrithik on the sets of his father Jackie Shroff's 1993 film King Uncle. Hrithik Roshan was assisting his father Rakesh Roshan for the film: "I was around four years old at that time and I vaguely remember spending time with dad on the sets... My dad told him (Hrithik) to look after me for a bit and Hrithik was really happy about that because dad was really strict with him as an assistance. Hrithik sir told me, 'I am damn happy that I got to order juice and other stuff.' At the same time, we hung out."