"My siblings thought he was just giving in to my 'whim', but he asked me to give it a try with all I had," Kirti Kulhari said about her father 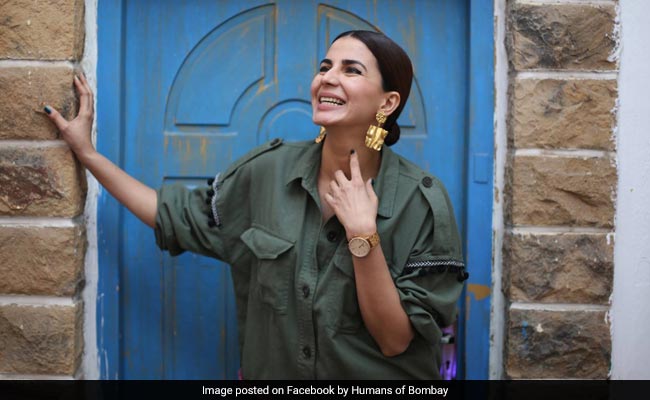 Kirti Kulhari from her Humans Of Bombay post (courtesy humansofbombay)

Four More Shots, Please! actress Kirti Kulhari just featured in Humans Of Bombay's latest post and shared her journey from a strict household to destination films. The 33-year-old actress revealed she had to seek approval from her parents before heading towards Bollywood for success and that was a tough deal to strike. "We were a Doordarshan household... with a curfew. So after lights out at 10 pm, we could barely keep up with the latest films of the time. So even thinking about becoming an actress, was unfathomable... How would I even begin to tell my parents?" Even though her siblings were not convinced with the idea, she had her father rooting for her, Kirti said in her emotional narration.

"Not being from anywhere close to the film industry, I knew it would be difficult for them to wrap their head around it. So I sat them down and asked them to give me two years. I would give it my all and if I discovered myself, I'd stick with it. To my surprise, dad became my advocate while everyone else had their doubts. My siblings thought he was just giving in to my 'whim', but he asked me to give it a try with all I had," reads an excerpt from her post.

With a two-year deadline and a pocket full of dreams, Kirti embarked on her journey and scored her first project, an advert for a hair oil brand at the end of two years: "It took me two years to just get my first shoot - for Shanti Amla Hair oil." She said she was truly overjoyed when she heard her parents were being congratulated after she was spotted in the TV commercial: "But my true satisfaction came when my parents told me that someone had seen me on TV and congratulated them," added the actress."

Kirti Kulhari, who made her acting debut with 2010 film Khichdi: The Movie, said: "I was ecstatic when I got my first film. But it took me some time to realise that the struggles and hardships would never be over." She has also starred in films such as Pink, Blackmail, Jal, Shaitaan, Indu Sarkar and more recently Uri: The Surgical Strike.

Kirti Kulhari rounded off her post with a thank you note for those who stood by her like a rock during her days as a struggling actress, especially her father. "...all I can do is appreciate the people who have stuck around - 'my' people. Those people who gave me even as little as contacts of model coordinators when I was out of work, my friends who spent hours listening to me rant and most of all, my father who stood strong and helped his little girl follow her dream," she wrote.