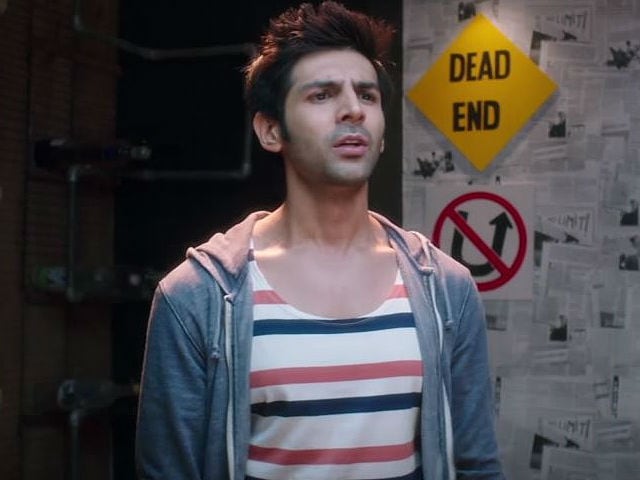 Kartik Aaryan in a still from Pyaar ka Punchnama 2.

Mumbai: He has been a part of both the installments of Pyaar Ka Punchnama and actor Kartik Aaryan said that he would love to have another film in the popular franchise.

Kartik made his debut with Luv Ranjan's sleeper hit in 2011 and also starred in its sequel, which released on October 16 this year.

"Definitely, I would love to have a part three. But not right now. Even the second part took some time to come. They have to work on the writing and make sure it is better than the previous two. Pyaar Ka Punchnama is a universal concept. You can use different set of characters and put them in a situation like this again and again. But the content has to be good and different," Kartik told PTI. (Also Read: Wanted to Make a Film Against Love, Says Pyaar Ka Punchnama 2)

While the 26-year-old actor played submissive Rajat in the first movie, he was seen as a more opinionated character, Gogo in the sequel. Kartik is "overwhelmed" by the response of the film and said that he was under a "lot of pressure" to outdo his previous outing.

"I was under a lot of pressure. The first film is a cult and we knew we had to surpass that. But thankfully, we had a strong content and a good film. We were aware about the comparisons. We didn't want fans to say 'Oh this was not better than the first film.' We wanted them to love this as much as they loved the first one," he explained.

Pyaar Ka Punchnama is best known for its seven-minute-long hilarious monologue in which Kartik's character vented out the frustration of every guy in a relationship.

A similar and much-longer monologue from the sequel has now gone viral and the actor says he is happy that audiences have connected with it as well.

"The current monologue went viral and has got standing ovation, hooting and clapping. It was a 12-min and 12-page long shot. It took me almost six days, five sleepless nights and seven-eight takes. I used to shoot other scenes of the film during day and listen to the monologue, which I had recorded, while driving back home in my car. It was tough initially but it became easy as I had everything on my mind," he said.