How Do We Love Thee, Ranveer Singh? Let Us Count The Ways 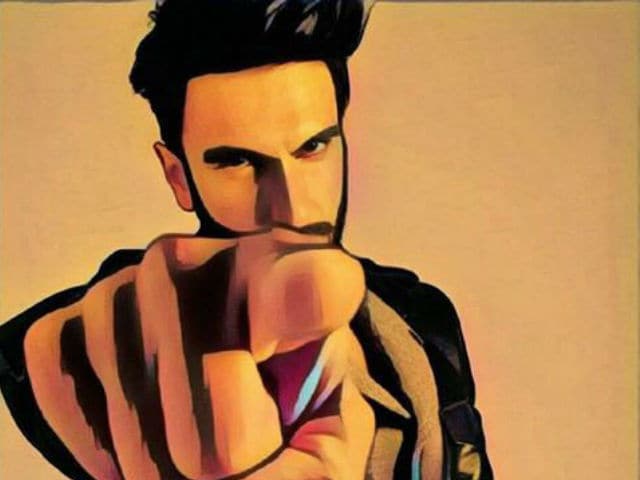 This image was posted on Twitter by Ranveer Singh

New Delhi: Ranveer Singh, Ranveer Singh, there's no one like Ranveer Singh (sorry Macavity and T S Eliot) - at least not in the ultra-glossy world of Bollywood. There is absolutely no denying the fact that there are things which only he would/can do. You no can do.

Akshay Kumar's Rustom is filled with thrills and chills but everything is better with a bit of Ranveer. Ranveer Singh makes anything funny - it's a gift. For proof, watch this "chumeshwari performance" (as choreographer Terence Lewis would say), in which Ranveer integrates one of Akshay Kumar's best dance moves and what's touted to be the actor's best role.

Ranveer posted this video on social media sites (all those he uses) of himself dressed like Akshay's character Rustom Pavri, dancing to the song Chumma from Akshay's 1995 film Sabse Bada Khiladi. The first part will remind you of old video games, the latter will have you ROFL.

Aforementioned falls in 'things only Ranveer Singh could do' category, which category also contains below activities.

Ranveer watched Salman Khan's Sultan in Paris and, in uncelebrity-style but totally Ranveer-like manner, he danced in the theatre to the songs Baby Ko Bass Pasand Hai and 440 Volt. The Ranveer jigged around unabashedly amid hooting and cheers from the crowd, who appeared as or more thrilled by Ranveer's routine than Salman's hilarious dance moves.

Dethroning the Sultan is not for lesser mortals:

Fans were literally dancing with him on stage No one was watching the song #RanveerSingh#Sultan#Parispic.twitter.com/OJ0YH5Jp0N

Mindblowing movie experience with THE #RanveerSingh in da house #Sultan#Cinema#Parispic.twitter.com/2sRPVy74fl

A Jabra Fan, you say?

It's hard competing with the women on the red carpet - the gents usually just throw on a suit and show up. Not Ranveer Singh. Ranveer Singh is a true-blue 'fashionister' and his style chutzpah is unparalleled.

Take his appearance at the GQ Best Dressed Men 2015 Awards. A-list celebs turned up in suave suits and designer tuxedoes - Ranveer was dressed in Muppet pyjamas and fluffy Sylvester slippers.
For fashion critics, a quote was right up his tee. 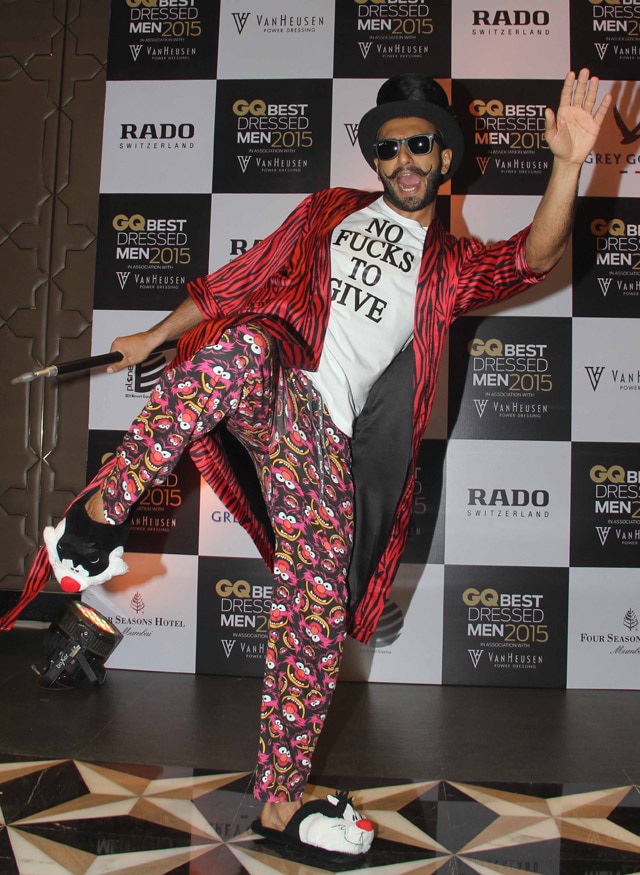 In general, Ranveer's flashy style has left the fashion police confused - to like or not to like, that is the eternal question. One, that we fear, might go forever unanswered.

Remember when Hrithik Roshan was handing out Bang Bang! dares to his industry colleagues? Well, one such dare was given to Ranveer and what happened next? He only went and completely upstaged everyone else Hrithik included.

Just FYI, Hrithik had only asked Ranveer to POSE for his fans on a busy Mumbai street:

To @RanveerOfficial my #bangbangdare get out of ur car n pose on d middle of any Main Street of mumbai fr your fans! Hahaha,bolo..accept??

What Happens in the OT, Doesn't Stay in the OT

With syringes giving you a clinical but deadly stare, the operation theatre (OT) is surely not where inspiration or the Twitter muse strikes. But hey, we're talking about Ranveer Singh here. Therefore, no exceptions.

The actor had injured his shoulder while filming Bajirao Mastani. And then this happened:

About to get knocked out!

Ranveer will next be seen in Aditya Chopra's Befikre.