How Baahubali Left A Mark On Prabhas 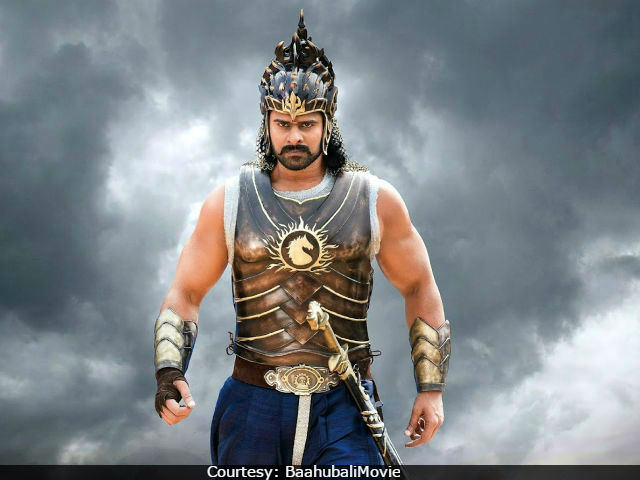 New Delhi: Baahubali star Prabhas, who has dedicated five years to S S Rajamouli's magnum opus, received two injury marks while filming the magnum opus. The actor stars as Amarendra and Mahendra Baahubali in both the parts. Prabhas underwent rigorous training to best suit the role of a warrior. Both parts of the film have crucial action sequences. Baahubali: The Conclusion is all set for a grand release on April 28. It will reportedly hit 8,000 screens in India. The film is made under a budget of Rs 450 crore. Prabhas earlier told news agency IANS that he could have easily dedicate several years for Rajamouli's film. "For Rajamouli, I would have even spent more than four years on Baahubali. I would have been ready to dedicate even seven years for him on the project."

Of the gruelling war sequences, he told IANS, "It was physically strenuous, especially while working on action sequences in the first part. In the second part, Rajamouli edited the action scenes in a way that he made the whole process very easy."

Baahubali: The Conclusion will see actors Rana Daggubati, Sathyaraj, Anushka Shetty, Tamannaah Bhatia and Ramya Krishnan, reprising their roles from part 1. Rana stars as Bhallala Deva and Sathyraj as Katappa. The film tracks Prabhas and Anushka's love story and meanwhile, is expected to reveal the truth behind why Katappa killed Baahubali.

The film hits the theatres in Telugu, Tamil, Malayalam, Kannada and Hindi. In Hindi, Baahubali: The Concluion is at par with any Khan film, says producer Shobu Yarlagadda.

Weeks ago, various pro-Kannada outfits threatened to ban the film's release across the state until Katappa actor Sathyaraj apologised for his comments on Cauvery water row. Last week, Sathyaraj obliged the outfits with his apology.

Promoted
Listen to the latest songs, only on JioSaavn.com
Baahubali: The Conclusion has made a pre-release profit of Rs 500 crore. So far in Indian cinema's records, Baahubali: The Beginning is one of the most profitable films.