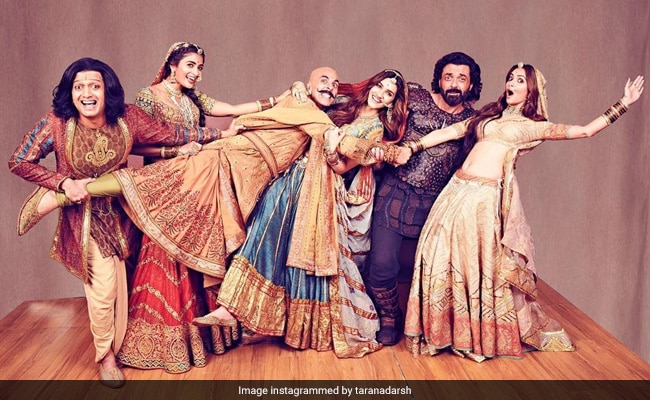 Akshay Kumar's Housefull 4 has set the box office ablaze. The film, which opened in theaters on Friday, has collected a whopping sum of Rs 87.78 crore within four days of its release, reports Bollywood trade analyst Taran Adarsh. In his tweet, Taran Adarsh stated that a large section of the film's impressive performance at the box office could be attributed to the fact that it was a Diwali release. He also said that Tuesday and Thursday are "very crucial" for a strong total on Week 1. The film collected Rs 34.56 crore on Monday alone. On its opening day, the film collected Rs 19.08 crore.

Housefull 4 clashed with Made In China, Saand Ki Aankh and Bigil at the box office. In a separate tweet, Taran Adarsh shared the progress report of the other films on Twitter. "It was a big day (Monday), the National holiday... Housefull 4 packed a whopping number [Rs 30 cr+]... Saand Ki Aankh showed massive gains... Made In China saw enhanced footfalls... Tamil film Bigil is unstoppable in Tamil Nadu," Taran Adarsh tweeted.

Housefull 4 is the fourth installment of the popular comedy Housefull series. The film has been directed by Farhad Samji and it has been produced by Sajid Nadiadwala. The film also stars Riteish Deshmukh, Bobby Deol, Kriti Sanon, Kriti Kharbanda, Pooja Hegde, Chunky Panday and Rana Daggubati, Johnny Lever in pivotal roles.