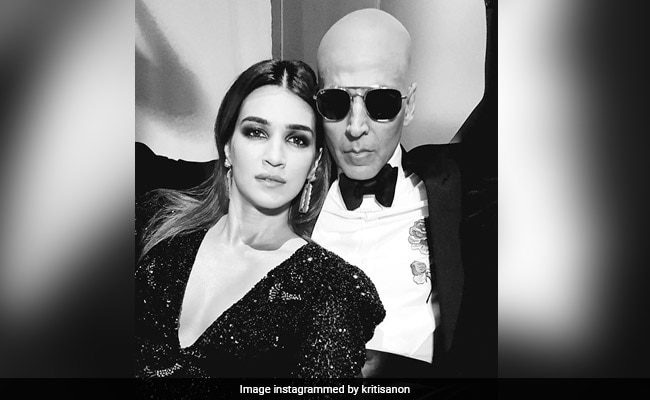 Housefull 4 star Kriti Sanon believes that doing "comedy is a serious business," reported news agency IANS. The actress, who has featured in a couple of comedy films, said that "pulling off" certain comedy scene onscreen is a difficult task. However, she expressed gratitude towards her Housefull 4 co-stars Akshay Kumar, Riteish Deshmukh and Bobby Deol for making it "seamless" for her. "Comedy is, indeed, serious business but thanks to the amazing mentors I found in Akshay Kumar, Riteish Deshmukh and Bobby Deol. They made it seamless for me to pull off certain scenes," Kriti Sanon was quoted as saying by IANS.

Housefull 4 is the fourth instalment of the popular comedy Housefull series. The film has been directed by Farhad Samji and produced by Sajid Nadiadwala. It shuttles between different time frames - one part is set in 1419 and the other one in 2019. Housefull 4 also stars Kriti Kharbanda, Pooja Hegde, Chunky Panday, Rana Daggubati and Johnny Lever in pivotal roles

On the work front, Kriti Sanon made her debut in the Hindi film industry with Sabbir Khan's action comedy Heropanti. She went on to feature in films like Dilwale, Raabta and recently-released Panipat.