Honey Singh Says Will Stop Mentioning Alcohol In His Songs "The Day" When...

"I try to write lyrics as per my understanding, but if someone suggests me to write easy lyrics then I do that, too," Honey Singh said 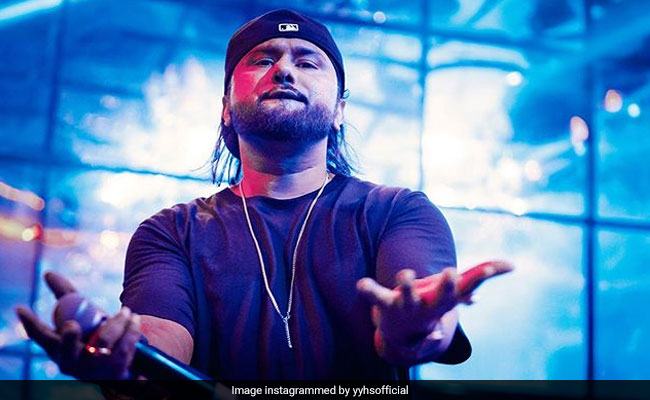 Singer Honey Singh, who is often at the epicentre of a controversy for the lyrics of his compositions, said at a recent event at he will stop mentioning alcohol in his songs when the government stops licensing the sale of liquor. "Whenever you party then alcohol is the biggest reason to do so. You can't avoid that. In fact, our governments give license to open wine shops and liquor shops. The day they stop doing that, we will also put an end to mention of alcohol in our songs," news agency IANS quoted him as saying at the launch event of his new track Loca, which also finds mention of alcohol in its lyrics.

"I try to write lyrics as per my understanding, but if someone suggests me to write easy lyrics then I do that, too," Honey Singh added. Last year, the 36-year-old singer and producer Bhushan Kumar were booked by the Punjab Police after the Punjab State Women Commission lodged a complaint accusing them of incorporating lyrics allegedly derogatory towards women in the song Makhna. In the past, Honey Singh has composed songs like Chaar Botal Vodka, Party All Night and One Bottle Down.

Honey Singh made a comeback to the media glare sometime in 2016 after almost two years of absence, when it was speculated that he was battling alcoholism in a rehab. Since then, the singer has reiterated time and again that he was dealing with bipolar disorder and not an addiction. Talking about the same, he said at the event that he's quit drinking: "I never went to a rehab. I know that there are a lot of reports that are circulating around me and my life. I don't drink now."

Apart from his hit singles, Honey Singh has sung tracks for films such as Marjaavaan, Jabariya Jodi, Sonu Ke Titu Ki Sweety, Singham Returns, Kick and Chennai Express among others.