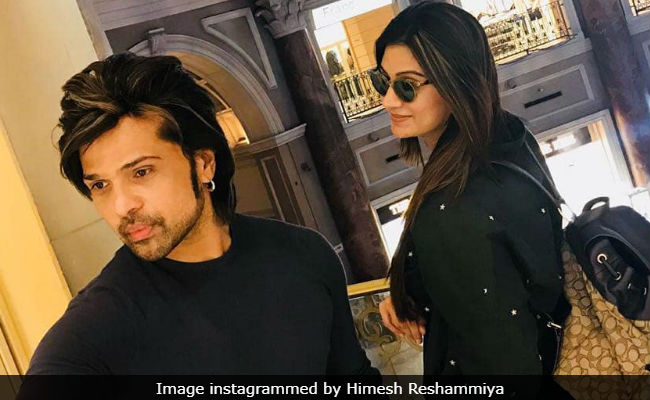 Himesh Reshammiya is celebrating his birthday in Tokyo, Japan with his actress wife Sonia Kapoor and he shared snippets of their trip with his Instafam. "Birthday with Sonu in Tokyo, love you all," he captioned a post. Himesh's fans showered their love in the comments section. "Stay fit and blessed and always keep smiling. Wishing you a time filled with happiness and a year filled with joy," wrote a fan of the Teraa Surroor singer. Himesh also posted a video for his fans, which he took during his trip to the Venus Fort, a Venice-themed shopping mall in Odaiba, Tokyo Bay. In the video, Himesh said: "Thanks for all your good wishes. Cheers, love you all."

Birthday with Sonu in Tokyo, love you all. Cheers.

Thanks for all your good wishes. cheers, love you all.

Selfies are an addiction.

Himesh Reshammiya married Sonia Kapoor in May this year. Their wedding was a last minute plan and the couple plans to host a reception for their Bollywood colleagues sometime soon. This was HImesh's second marriage. He was earlier married to Komal for over two decades. Himesha Reshammiya has a son, named Swaym, from his first marriage. Swaym also attended his father's wedding ceremony.

Here are pictures from Himesh Reshammiya and Sonia Kapoor's wedding:

Himesh Reshammiya was last seen in Teraa Surroor (for which he played also composed the music) and as music director he has signed up for films such as Total Dhamaal and Salman Khan's Dabangg 3. Sonia Kapoor is best known for her roles in television shows such as Remix, Kkusum and Love U Zindagi.