Khatron Ke Khiladi 9 is currently being shot in Argentina 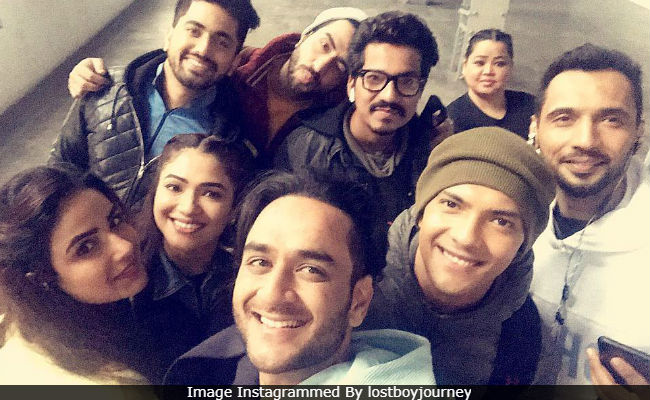 Khatron Ke Khiladi 9 is currently being shot in Argentina and while you wait for the show to go on air, we bring to you some of the highlights from the location. Contestants like Vikas Gupta (a Bigg Boss 11 finalist), comedian Bharti Singh, her husband Haarsh Limbachiyaa, actress Shamita Shetty and others have shared several pictures from the shooting location to keep their fans updated with the schedule. "Good times, crazy friends make the best memories," Bharti captioned her recent post, featuring Haarsh, actors Aly Goni, Jasmin Bhasin and Zain Iman. Meanwhile, Vikas Gupta bonded with Shamita Shetty, who was also part of Bigg Boss. "Unexpected friendships are the best ones. I took the one less travelled by, and that has made all the difference," read an excerpt from his post.

Take a look at some of the pictures here from Khatron Ke Khiladi 9 sets.

Some people make you laugh a little louder , your smile a little brighter and your journey a little better and that makes all the difference . Unexpected friendships are the best ones . I took the one less travelled by , And that has made all the difference. #khatronkekhiladi #argentina #vikasgupta #shamitashetty #kkk9 #friends P.S. @siddharthhgupta I am fine now

Khatron Ke Khiladi is an adaptation of the American television show Fear Factor, where participants are made to do several daredevils stunts. Akshay Kumar, Priyanka Chopra and Arjun Kapoor have also hosted the previous seasons of the show.