"The last lot of Rinkes was manufactured in the seventies and they have clearly lost the mould, because they don't make sisters like you anymore," wrote Twinkle for her sister 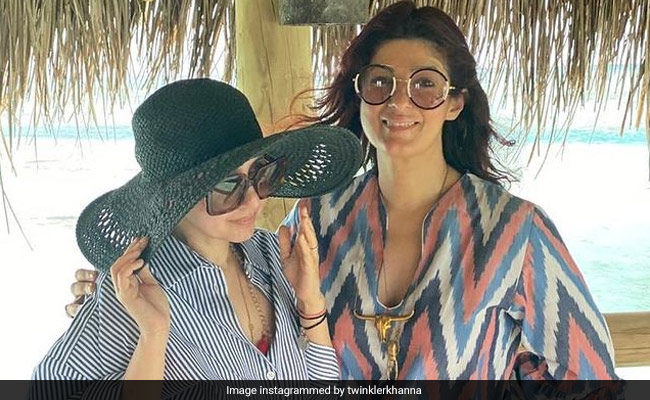 Former actress and Dimple Kapadia-Rajesh Khanna's younger daughter Rinke Khanna celebrates her 44th birthday today. On her special day, her sister Twinkle Khanna wished her in a really "cheesy" way because...wait for it...Rinke Khanna eats cheese. Sharing a photo of Rinke Khanna, the actress-turned-author wrote: "Happy birthday, Rinkston! Here's to someone who can make me laugh at the most somber moments. The last lot of Rinkes was manufactured in the seventies and they have clearly lost the mould, because they don't make sisters like you anymore" and added: "Since you eat cheese, unlike me, I thought I would slather some onto your birthday greeting as well." LOL.

A few days ago, Twinkle Khanna posted a picture from her childhood featuring herself, Rinke and their aunt Simple Kapadia. Check it out here:

Earlier this year, Twinkle Khanna and Rinke Khanna reunited after "a year and a half." It was the "longest they have been apart in four decades." See what Twinkle had posted then:

Twinkle Khanna is married to actor Akshay Kumar, who is the star of films like Padman, Rowdy Rathore, Rustom, Khiladi and Andaaz. The couple are parents to two kids.

Twinkle is the author of bestselling books such as Pyjamas Are Forgiving, The Legend Of Lakshmi Prasad and Mrs Funnybones.