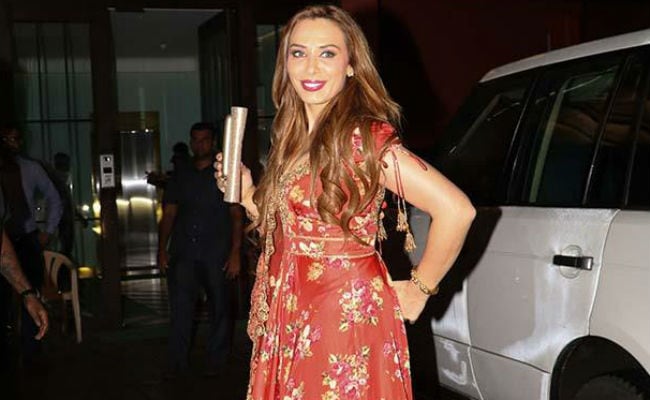 New Delhi: Salman Khan, along with his entire family, attended sister Arpita and brother-in-law Aayush Sharma's Diwali party in Mumbai over the weekend. Celebrities such as Shah Rukh Khan, Katrina Kaif (Salman's rumoured ex), Shilpa Shetty, Karan Johar, Athiya Shetty, Manish Malhotra and others were also present at the party. However, the actor's rumoured girlfriend Iulia Vantur, a Romanian TV presenter, was not photographed at Arpita and Ayush's Diwali bash. mid-day reports that Iulia flew to Romania as her visa was close to the expiry date and she went back home in time to carry forward the renewal process. Salman Khan, 51, and Iulia Vantur, 37, have reportedly been dating for some time now but have never admitted to a romance.

Iulia, who is also close to the Khan family, is usually part of their parties and festival celebrations like Ganesh Chaturthi and Eid. "The Khan family is so beautiful. I really admire them; they are united and welcoming. Their doors are always open for everyone," Iulia earlier told mid-day. She also accompanied them to Maldives, where the Khans celebrated Arpita and Aayush's son Ahil's first birthday.

Promoted
Listen to the latest songs, only on JioSaavn.com
Iulia Vantur is soon going to debut in Bollywood as a singer. She recorded her first song, titled Every Night And Day, with music composer Himesh Reshammiya, some months ago.

Salman Khan, last seen in Tubelight, recently wrapped the shooting of Tiger Zinda Hai, his next film with Katrina Kaif. The film is a sequel to their 2012 hit Ek Tha Tiger. Directed by Ali Abbas Zafar, Tiger Zinda Hai, releases this Christmas. Meanwhile, Salman is also prepping for Race 3.