Here's Why Nick Jonas, Karan Johar And Student Of The Year 3 Are Trending 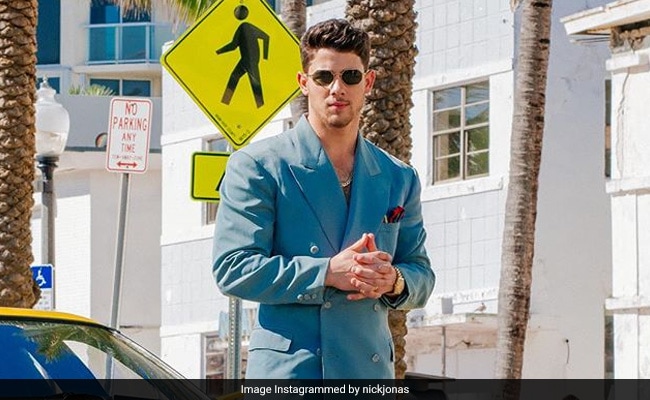 Nick Jonas in Student Of The Year 3? (Courtesy nickjonas)

Nick Jonas and Karan Johar found themselves plonked on the list of trends on Wednesday as the Internet spotted some social media activity on their feed. Netizens found out that Nick Jonas began following Karan Johar on Instagram and this observation set the Internet in a tizzy. Meanwhile, Nick Jonas is already on Karan Johar's list of "following" celebrities. Well, this development has got a section of the Internet speculating whether a Nick Jonas cameo in a Dharma Productions movie is in the works or not, especially after Karan Johar's recent mention of a probable Student Of The Year 3 on Twitter. Well, most of Twitter, is hoping that doesn't happen and are posting tweets such as: "You guys are going to give me heart problems. I do not want this."

You guys are going to give me heart problems. I do NOT want this

WHAT NICK JONAS IS FOLLOWING KARAN JOHAR ON INSTAGRAM SKSKSJS

Well, not all are disheartened at the possibility of Nick Jonas joining the batch of Student Of The Year 3.

Am so excited and proud to handed the franchise to you!!! #soty2 coming your way soon!!! Shall we reveal our plans for #SOTY3 just now!!? Or actually let's keep em guessing https://t.co/UXHjK52V4m

Last year, ahead of Priyanka's December wedding, the 36-year-old actress was often trolled for her age difference with Nick Jonas, 26, when Karan Johar stood up as one of the strongest voices against such trolling and told Cosmopolitan: "Relationships should not be about that. I am very liberal and progressive about these things. I have never thought, 'Oh, your man should be older than you.' Why? Why should we say these things?"

Meanwhile on last year's Koffee With Karan, Karan Johar left no opportunity to highlight that the film fraternity was not invited to two of 2018's biggest weddings - Priyanka and Nick Jonas', preceded by Deepika Padukone and Ranveer Singh's.