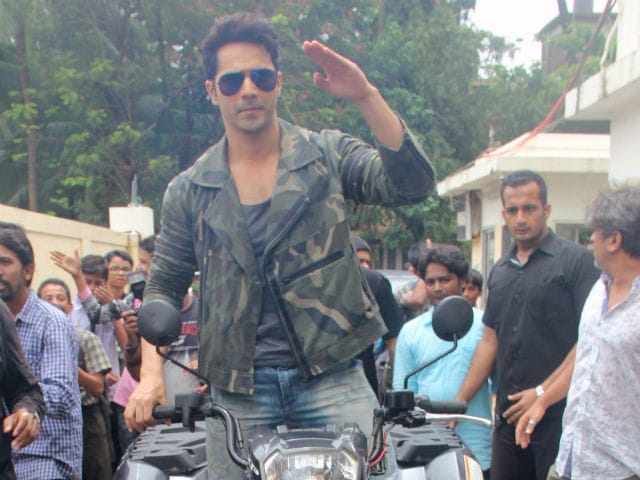 Mumbai: Actor Varun Dhawan says that Hollywood should not be a benchmark for success in the Indian film industry, and that our industry should not ape them, but retain our culture.

"We have our own style. Technology-wise and VFX-wise, they are quite ahead and we should get inspired. But I don't think we need to ape them. We have our own storytelling styles and methods and where song and dance is concerned, that is a part of Indian culture, part of Indian movies and I believe that should stay," the actor added.

About Indian stars doing blink-and-miss roles in Hollywood, Varun said, "I think if an actor is really big over here, somewhere we have a responsibility to our fans, so we should do films where we could impact that film more, and the role has more meat as a performer and I think Priyanka and Deepika are really big, actresses, brilliant actors and they are really making us proud."

Actresses Priyanka Chopra and Deepika Padukone have ventured into Hollywood and their films are scheduled to release soon while actors like Irrfan Khan and Om Puri among others have featured in substantial parts in numerous films.

Oscars are another important part of Hollywood, which are widely-discussed every year. Is Varun also obsessed with it? "I am not really obsessed with Oscars. I watched it because they do the shows really well, they make it entertaining to watch. Actually I don't like it when people say that Filmfare is the Indian Oscars; I don't think it is needed."

"Filmfare doesn't have any affiliation to the Oscars, Filmfare is the Filmfare of India. That's the standard we should lay," Varun expressed.