Identify The Comedy Star In This Pic From 28 Years Ago

The young Kapil Sharma in the photo is barely recognisable as the comedian we known now but a double take might do the trick. 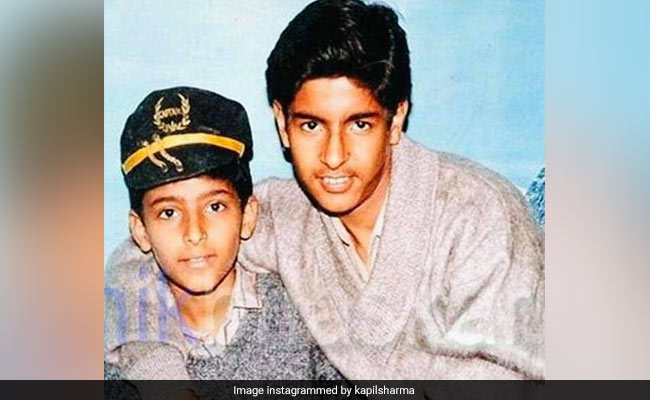 Every now and then, actor-comedian Kapil Sharma takes a trip down memory lane and digs out old gems from his throwback archives. This Flashback Friday called for another nostalgia filled photo - one of Kapil and his brother from some 28 years ago. Yes, that's a long time. Kapil Sharma, now 39, was just 11 years old when the photo was clicked almost three decades ago. The young Kapil in the photo is barely recognisable as the comedian we known now but a double take might do the trick. That's the charm of childhood photos, no? "Bhai bhai," Kapil Sharma wrote in the caption.

Last year, Kapil re-posted this a blast from the past from his college days, originally shared by a fan-club:

A post shared by Kapil Is Love ❣️ (@kapil.is.love)

Kapil once posted a throwback photo of himself and singer Neha Kakkar and wrote: "Identify the kids."

Kapil Sharma and Ginni Chatrath got married in December, 2018 and welcomed daughter Anayra in 2019. Kapil and Ginni are expecting a second baby, which the comedian appeared to confirm in a Twitter chat recently. Interacting with fans on Thursday, Kapil tweeted that he is taking a short break from work as he wants to be with wife Ginni during her final trimester. Talking about taking "a small break" from The Kapil Sharma Show, Kapil said: "Because I need be there at home with my wife to welcome our second baby."

Apart from TV shows, Kapil Sharma has featured in films such as Kis Kisko Pyaar Karoon and Firangi. He will also be seen in a Netflix project that he announced earlier this year.