Soni Razdan also shared a throwback from her wedding 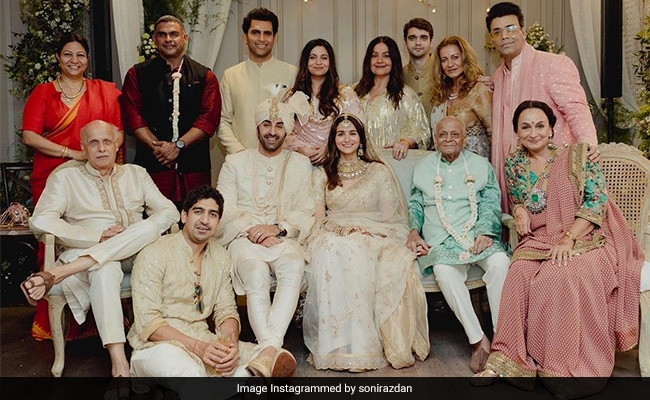 This is what Neetu Kapoor posted: 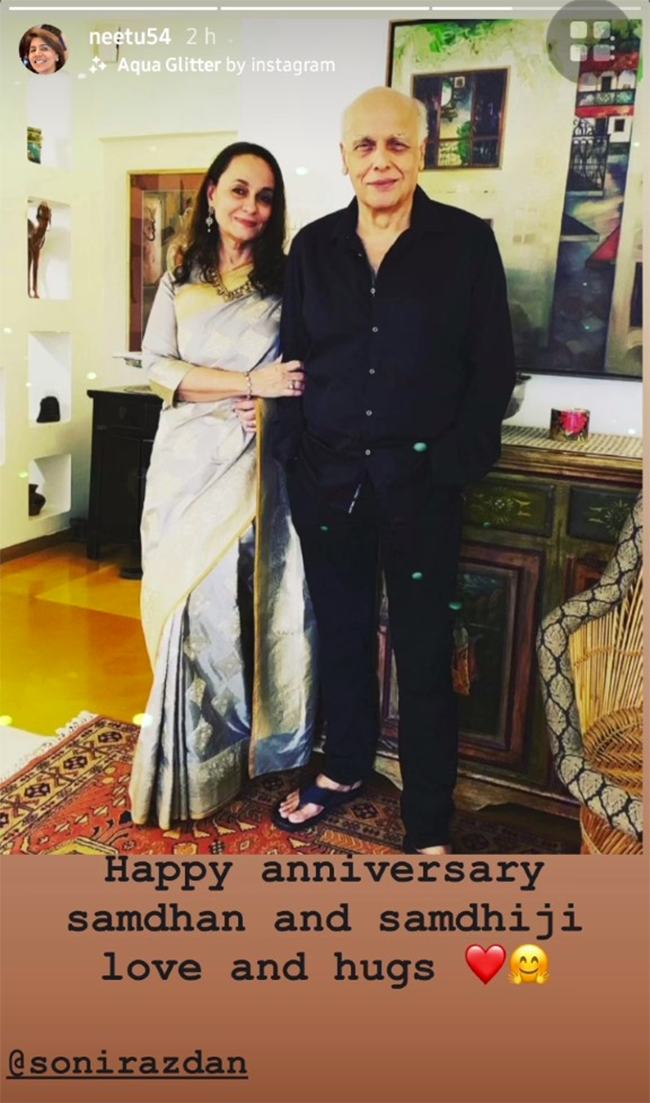 On her and Mahesh Bhatt's anniversary, Soni Razdan shared a throwback picture and a relatively recent picture and she wrote: "Age cannot wither her nor custom stale her infinite variety'. This quote about Cleopatra could well apply to our marriage as well. Happy Anniversary old chap. Cheers to many more fun times ahead."

On Tuesday, Soni Razdan shared a picture from Ranbir Kapoor and Alia Bhatt's wedding and she wrote: "My heartbeats..." adding a couple of heart emojis.

Alia Bhatt stepped into Bollywood with the Karan Johar-directed 2012 film Student Of The Year. Alia is a star of films like Humpty Sharma Ki Dulhania, 2 States, Raazi, Highway, Udta Punjab and Gully Boy. The actress had two releases this year - RRR and Gangubai Kathiawadi. She will soon make her Hollywood debut with Heart Of Stone, co-starring Gal Gadot.

Ranbir Kapoor made his debut in 2007 with Sanjay Leela Bhansali's Saawariya. He is best known for films like Tamaasha, Rockstar, Bachna Ae Haseeno, Ae Dil Hai Mushkil, among others. His upcoming projects include Ayan Mukerji's fantasy trilogy Brahmastra, co-starring wife Alia Bhatt and Amitabh Bachchan and Shamshera, in which he will share screen space with Vaani Kapoor and Sanjay Dutt. He will also be seen in Sandeep Reddy Vanga's Animal with Bobby Deol, Anil Kapoor and Rashmika Mandanna.