"A movie way ahead of its time," wrote Big B about Black 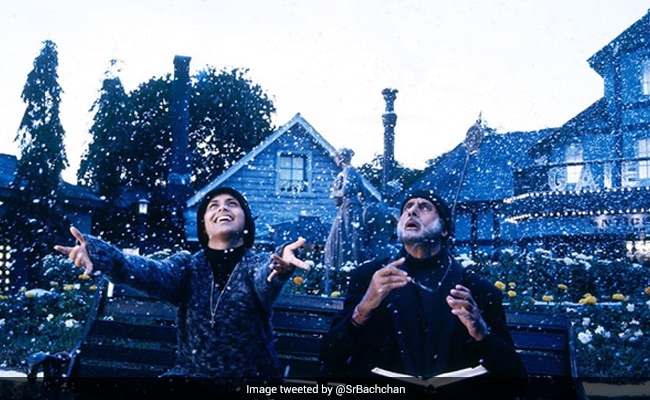 Amitabh Bachchan and Rani Mukerji's 2005 film Black clocked 16 years on Thursday. On the occasion, Big B shared stills from the film, directed by Sanjay Leela Bhansali, and wrote about how the movie was "ahead of its time." He wrote: "It has been 16 years...since Debraj Sahai. Black...a movie way ahead of its time. Every dialogue, every instance in the movie was so beautifully crafted, that it has engraved its existence in everyone's heart, including mine" and added hashtags like #16YearsOfBlack #RaniMukerji and #SanjayLeelaBhansali. See Amitabh Bachchan's post here:

Black showcased the bond of a teacher named Debraj Sahai (Amitabh Bachchan) and his student Michelle McNally (Rani Mukerji), who was visually and hearing impaired. Ayesha Kapur played the role of young Michelle in the film.

Black was the highest grossing film of 2005 overseas and it screened at several international film festivals too.

In terms of work, Amitabh Bachchan was last seen in Shoojit Sircar's Gulabo Sitabo, co-starring Ayushmann Khurrana. The film released on Prime Video last year. The actor has a couple of films lined up, including Ayan Mukerji's Brahmastra (co-starring Ranbir Kapoor and Alia Bhatt), Chehre (with Emraan Hashmi), sports drama Jhund and Mayday, in which he will share screen space with Ajay Devgn and Rakul Preet Singh.