"He Still Lives On": Twinkle Remembers Father Rajesh Khanna On His Death Anniversary

"I have his eyes, my son has his smile," wrote Twinkle Khanna 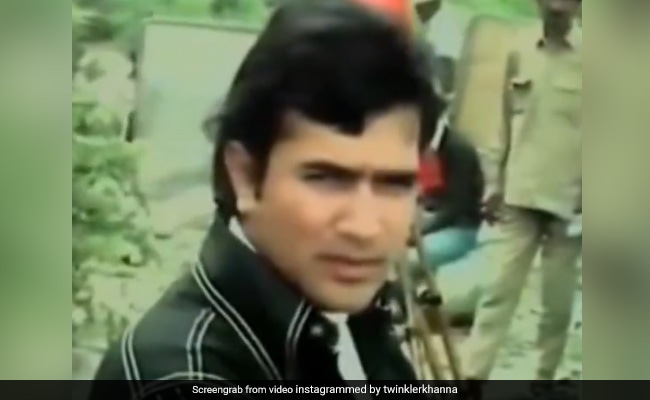 On Rajesh Khanna's death anniversary, his daughter Twinkle Khanna remembered him in an emotional post on Instagram. Actress-turned-author Twinkle Khanna is the daughter of veteran stars Rajesh Khanna and Dimple Kapadia. Twinkle's sister Rinke Khanna is also an actress. Twinkle even shares her birthday with the legendary actor on December 29. On Sunday, she posted a clip of Rajesh Khanna from the sets of one of his films and wrote: "I have his eyes, my son has his smile and the world has pieces of him embedded in their hearts. He still lives on...." Twinkle Khanna married actor Akshay Kumar in January 2001 and the couple are parents to a son named Aarav and daughter Nitara.

The old video shows Rajesh Khanna giving a perfect shot for a song sequence. He died in July 2012 and he was posthumously honoured with Padma Bhushan. Take a look:

Twinkle marked Rajesh Khanna's birth anniversary last year by sharing two vintage photos of the actor with this caption: "Father's Day will always be in December. He told my mother that I was the best present she could have ever given him as I entered the world, feet first, on his 31st birthday. He called me Tina Baba, never baby, and though I didn't realise it at that point, my upbringing was different from all the other young girls around me...the only man who had the power to break my heart."

Rajesh Khanna, who made his Bollywood debut in the year 1966 with Aakhri Khat, was the star of hit films like Aradhana, Anand, Kati Patang and Safar among many others. He married actress Dimple Kapadia in 1973. In the same year, Dimple Kapadia's debut Bollywood film Bobby, co-starring late actor Rishi Kapoor released.