We love this father and daughter duo 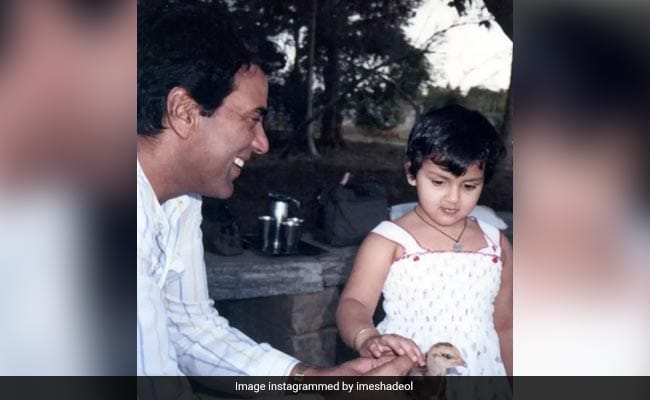 It is always good to see celebs flipping through the pages of their respective family albums and sharing blasts from the past on social media on Thursday. This time, we came across an adorable throwback picture that Esha Deol posted on Instagram today. It is from her childhood and also features her father Dharmendra, or in her words - the "He-Man." In the picture, a much younger version of Dharmendra can be seen holding a bird in his hands and smiling as little Esha touches the bird. "Throwback Thursday featuring two small birdies and the He-Man," Esha wrote in the caption.

Dharmendra is often called the "He-Man of Bollywood" by his fans and colleagues. Dharmendra's nickname "He-Man" is inspired by a fictional character, who is known for his superhuman strength.

This is not the first time Esha Deol has called her father the "He-Man" on Instagram. Remember when Dharmendra shared a video of himself doing water aerobics in a swimming pool at his Lonavala Farmhouse? On his post, Esha had commented: "Touchwood Papa...Love you! You truly are the He-Man and inspiration for all of us. Stay fit and stay blessed." Here's the video we are talking about: