Have You Seen Salman Khan's Half-Sweater Look For Tubelight? 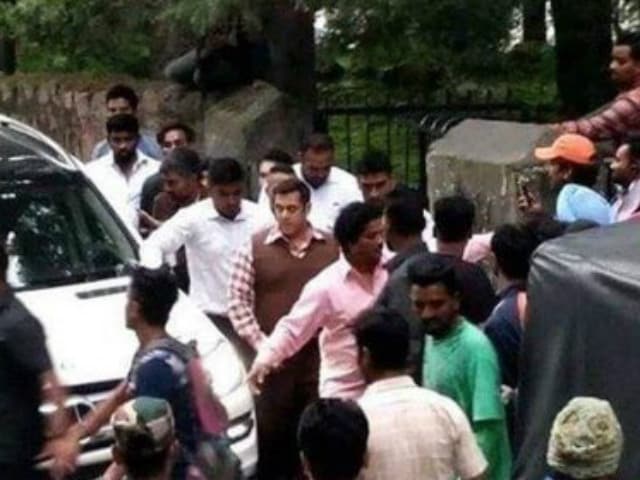 New Delhi: Where can you find actor Salman Khan? In Manali. For updates, see social media.

And what is he doing in the Himachali hill station? Shooting for his next film Tubelight with filmmaker Kabir Khan. Salman and Team Tubelight are expected to shoot in Manali for four weeks.

Salman, who arrived in Manali last week, was recently spotted navigating the lanes dressed simply in a checked shirt, trousers and a brown half-sweater. In the pictures shared on social media, Salman appears in a very different look from the still that was posted earlier, which presumably featured the actor himself.

The director Instagrammed this last month:

Happy Independence Day from the team of #tubelight #Ladakh

Besides filming at Naggar in Himachal Pradesh, Salman will also shoot at locations like Rohtang Pass, the gateway to Lahaul-Spiti, and Solang Nullah. The shooting of Tubelight was wrapped in Ladakh earlier in August:

We wrapped a day before schedule. So today all of us went biking and had lunch next to a river #Tubelightpic.twitter.com/48EWVOWNT0

Promoted
Listen to the latest songs, only on JioSaavn.com
In Tubelight Salman stars opposite Chinese celebrity Zhu Zhu, who featured in Hollywood films like The Man With The Iron Fists and Cloud Atlas.

#SalmanKhan with #ZhuZhu the Chinese co actress of #Tubelight in Ladakh! pic.twitter.com/jZx5aGGSCO

Tubelight is Salman Khan's third collaboration with the director after Ek Tha Tiger and Bajrangi Bhaijaan.