"Have Managed To Stabilise Some Of Soumitra Chatterjee's Fluctuating Parameters," Says Doctor

Sharing the "good news", the doctor said that they have been able to identify the bacteria causing fresh patches in the actor's lungs 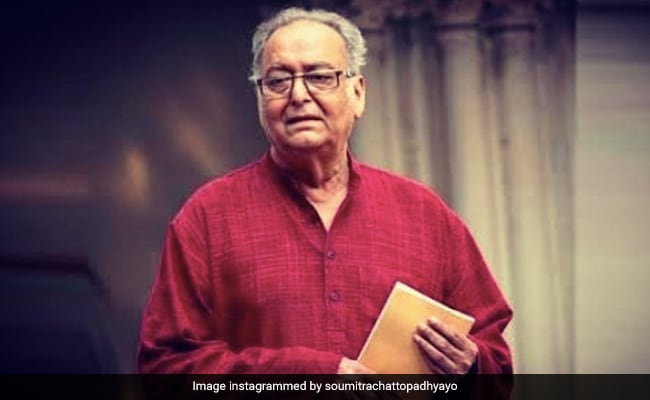 Twenty four hours after he was put on ventilation support, veteran Bengali actor Soumitra Chatterjee remained critical. Doctors said they have managed to stabilise some of his fluctuating parameters but their latest concern is his rising urea and creatinin levels that may need renal replacement therapy.  "Definitely critical," said Dr Arindam Kar, the critical care specialist at Belle Vue Clinic leading the team in charge of Mr Chatterjee's treatment. "But we have been able to manage to stabilise a little bit of his parameters," he added.

Listing the "good news", the doctor said in his latest bulletin at 3 pm, that they have been able to identify the bacteria causing fresh patches in Mr Chatterjee's lungs and treat the problem. Yesterday, the patches were suspected to be the onset of fresh bout of pneumonia.

The actor was suffering from some gastrointestinal bleeding. That has stopped. His slipping platelet count has stabilised with medicine and some transfusions. His urine output is "acceptable after good fluid resuscitation," the doctor added.

Even his consciousness, affected by Covid encephalopathy is holding at 9 or 10 out of 15 in the Glasgow Coma Scale or GCS. Mr Chatterjee is still barely arouseable but stable on that count.

The veteran actor had tested positive on October 5 and admitted to hospital the next day. Three days later, he had to be shifted to the ITU after suspected Covid Encephalopathy that impaired his consciousness. The 85-year-old actor also had multiple comorbidities, including prostate cancer that was in remission.