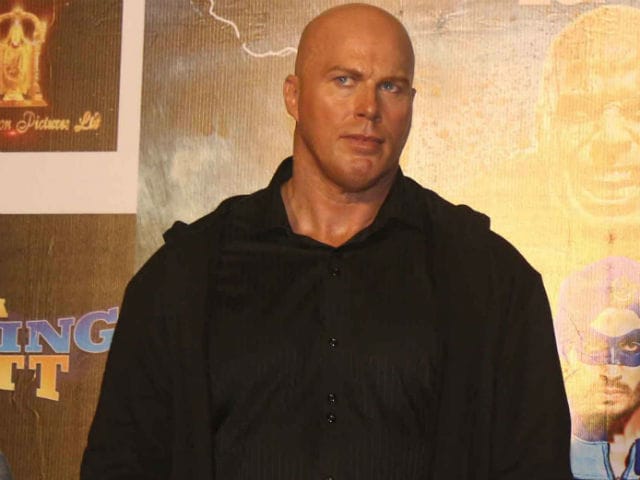 New Delhi: Wrestler-turned-Hollywood actor Nathan Jones is making his Bollywood debut with Remo D'Souza's superhero film A Flying Jatt and he says he got to perform a lot more action in the movie than what he did in Mad Max: Fury Road.

The 48-year-old Australian-born actor, who played Rictus Erectus, a 7-foot-tall muscular brute, in George Miller's 2015 dystopian film, says it was a huge movie with a lot of violence and fight scenes but didn't give him as much scope to do action sequences.

"It (Mad Max) was a big movie. It was like nine months in Namib Desert in Namibia and one day it was freezing cold and then it was really hot. People were fighting but I got to do more action in this film which was a lot more fun for me," Nathan told PTI.

Mad Max: Fury Road starred Tom Hardy, Charlize Theron and Nicholas Hoult in the lead roles. Nathan retired from professional wrestling in 2005 and has since starred in several Hollywood films like Troy, Fearless, Conan the Barbarian besides Tamil movie Bhooloham.

He said wrestling has helped him in his acting career and taught him how to control his body while performing stunts and action sequences.

"Wrestling helps me with my acting. They actually help each other. It teaches me a lot about my body and if you know about your body, it helps a lot."

Talking about his A Flying Jatt co-star Tiger Shroff, Jones says, "Tiger was really good. It was a nice surprise. I am with the WWE but then he was brilliant. He is great to work with. His skills are really good."

Nathan Jones says he was intimidated by the dancing moves of the Baaghi star and even the film's choreographer-director, Remo.

"I have not learnt a single dance-step from Tiger and Remo on the sets because it has been intimidating for me," the actor said.

While sharing his experience about the film, Nathan Jones says he had a great time working with everyone.

"I was not sure of it at first but I found it to be very professional. The director is lovely. He is very good at heart and listens to everybody and working with Tiger was unbelievable," Nathan said.

The actor says he would love to come back and do more Bollywood projects in the future.