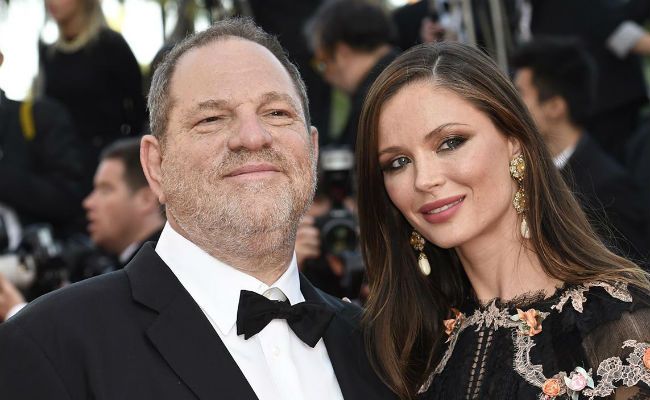 New Delhi: Less than a week ago, a New York Times expose revealed the details of Hollywood producer Harvey Weinstein's alleged decade-long inappropriate behaviour towards women and colleagues from the industry including actresses Angelina Jolie and Gwyneth Paltrow. After the accusations piled up against Harvey Weinstein, his wife Georgina Chapman announced that she is 'leaving' him. "I am profoundly devastated. I have lost my wife and kids, whom I love more than anything else. I fully support her decision. I didn't stand in Georgina's way when we discussed a separation. I encouraged her to do what was in her heart," Harvey Weinstein told Page Six (gossip section of the New York Times).

Mr Weinstein, who was fired from the studio he co-founded over allegations of sexual misconduct, also said, "I know she has to do what is best for the children, for herself and her business, she employs 130 people. I don't want her or my children to be hurt any more than they already have. I truly love Georgina and I hope one day we can reconcile, although right now I don't know if that could possibly happen," reports Page Six.

Harvey Weinstein's fall from grace was sealed with The British Academy of Film and Television Arts (BAFTA) suspending his membership with immediate effect.

In a statement BAFTA said that it hoped the decision sends a clear message that such behaviour has absolutely no place in their industry. "Whilst BAFTA has previously been a beneficiary of Mr Weinstein's support for its charitable work, it considers the reported alleged behaviour completely unacceptable and incompatible with BAFTA's values," they added.

Former US President Barack Obama and his wife Michelle as well as Hillary Clinton have expressed their disgust at the revelations concerning Harvey Weinstein.

The Academy of Motion Picture Arts and Sciences also issued a statement in the New York Times, addressing the multiple allegations of sexual misconduct against Mr Weinstein. They said its Board Of Governors will discuss "any actions warranted" against movie mogul Harvey Weinstein. "The Board of Governors will be holding a special meeting on October 14, to discuss the allegations against Weinstein and any actions warranted by the Academy."