Harshvardhan, Saiyami Dare You to Love in Mirzya Title Track 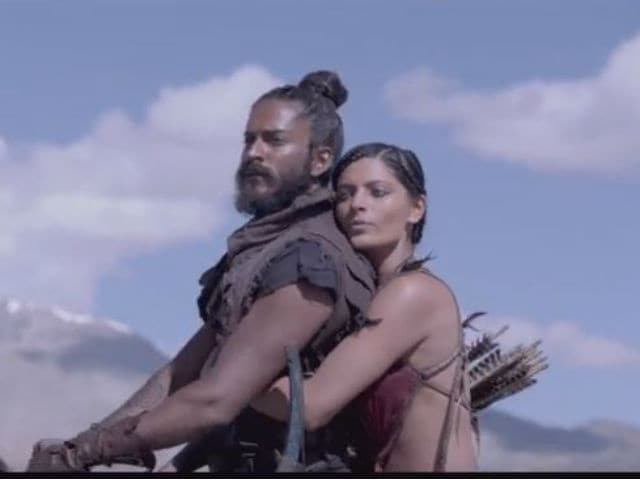 A still from the title track of Mirzya

New Delhi: Actors Harshvardhan Kapoor and Saiyami Kher, who are making their debuts with Rakeysh Omprakash Mehra's Mirzya, transcend time, living their love story in the title track of the film which released on Thursday.

Based on the folk legend of Mirza - Sahiban, the song depicts what you can expect from the film. It is a beautiful montage of Harshvardhan and Saiyami's love, passion and longing for each other which has been set in different eras. The culture of cities like Jaipur, Ladhak and Delhi also add their flavour to their story.

Sung by Daler Mehendi , Sain Zahoor, Akhtar Chinnal and the Nooran sisters, the song has been composed by Shankar Ehsaan Loy. The lyrics, which are mix of Punjabi and Hindi, have been penned by Gulzar.

Enjoy the eye-grabbing visuals set to a foot-tapping tune which is an amalgamation of Punjabi and Rajasthani folk music.

Promoted
Listen to the latest songs, only on JioSaavn.com
Mirzya, which also stars Anuj Chaudhary, is set to hit the theaters on October 7.