Harshvardhan Kapoor: I Am Nothing Like My Father Anil And Sister Sonam 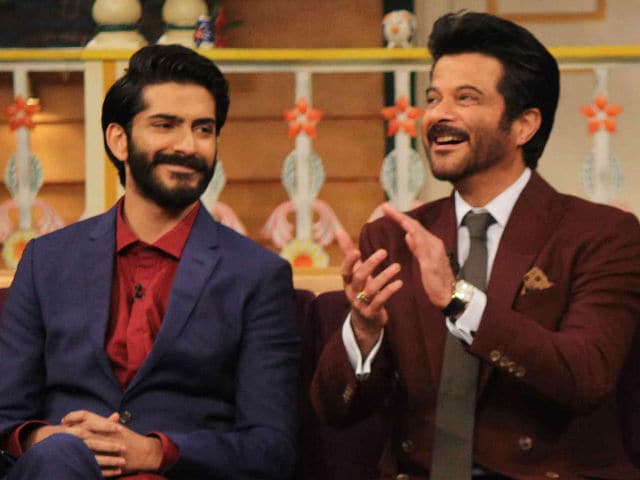 New Delhi: New Kapoor on the block, Harshvardhan, describes himself as 'ballsy,' and admits that he has no method. Harshvardhan is all set to make his debut with Rakyesh Om Prakash Mehra's Mirziya.

No stranger to the ways of Bollywood, the actor is not weighed down by his surname or the fact that he is Anil Kapoor's son.

He says, "Yes. I know we as a family are doing a lot of films, but I don't think people are going to pay money and come to the theatre for that reason. I think you are as good as the material you bring on screen. What people take away from your performance, they are not going to be blinded by it. Rather, they are going to be more critical."

"20-25 years ago it would have made a difference but not anymore because people, especially the youth, are exposed to far more in terms of cinema and content. It's a different landscape now."

So how similar or different is he from his father Anil, whom Harsh describes as a 'masterpiece?' Has Papa Anil influenced the young actor?

"I am very different from the kind of films of dad's that I have grown up watching, or even how he is as a person. I am very broody. I think a lot, the kind who feels sorry for himself. I am very pensive. Dad is more upbeat. I am so different from my father and sister."

The actor would definitely try his hand at comedy but certainly not on the lines of No Entry or Welcome Back. He would also like to explore the action genre as he feels it has a wider reach. Harshvardhan, however, doesn't believe in action films which have actors randomly pulling punches.

Harshvardhan's wishlist includes filmmaker Vishal Bhardwaj, whose brand of cinema he relates to most. So, he was quite excited to have received a message from the director after watching Mirzya. Apparently, Vishal was impressed by both, the film and its performances.

Promoted
Listen to the latest songs, only on JioSaavn.com
Harshvardhan will begin working on Sriram Raghavan's next soon and no, it doesn't have Deepika Padukone in the lead. "I don't know where that came from maybe she was approached for another film."

So, is Harsh anxious? "I am feeling nothing, just taking each day as it comes. Mirzya is a different film and even though people may find it a bit jarring initially, they will get swept by the tide of the ill-fated lovers and their story."