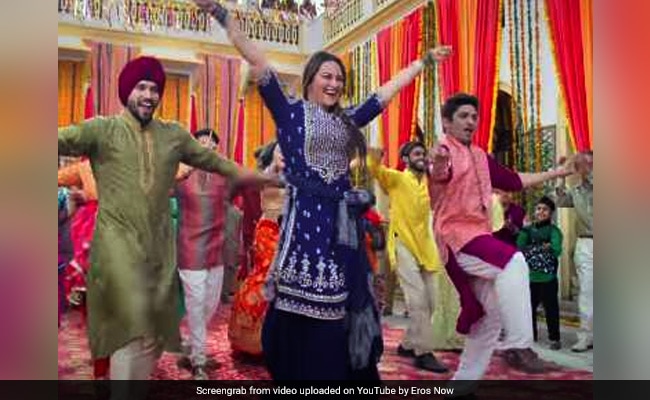 Put on your dancing shoes folks, because Sonakshi Sinha is here with the first song from her upcoming film Happy Phirr Bhag Jayegi. After the trailer launch of Happy Phirr Bhag Jayegi last month, makers have now released the Punjabi dance number, Swag Saha Nahi Jaye. The foot tapping number has been sung by Sohail Sen, Shadab Faridi and Neha Bhasin and the track is sure to make way to every party (marriages to be precise) this season. Sonakshi Sinha is undoubtedly the main highlight of the song, in which she can be seen doing some killer Bhangra moves. The two and a half minute video begins with Sonakshi Sinha in a conversation with Jassi Gill about exchanging each other's numbers and from there the scene shifts to a marriage like setting from where the song begins. Within few hours, Swag Saha Nahi Jaye has over six lakh views.

Happy Phirr Bhag Jayegi is directed by Mudassar Aziz, who also helmed the prequel. The film is scheduled to hit the screens in August.