As superstar Rajinikanth turns a year old, we look back at some of the best films of the original superstar 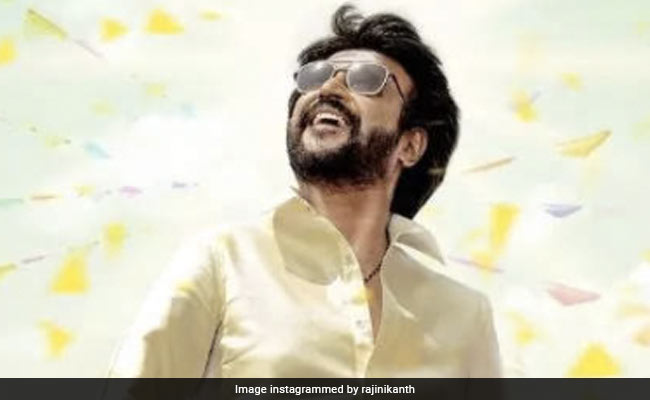 Happy Birthday, Rajinikanth. If there was ever an actor who deserved and owned the title of “Superstar”, it is Rajinikanth. The actor, who started his career with a supporting role in the 1975 film Apoorva Raagangal, soon proved to the country as well as the world that language was but a minuscule barrier in the reach of an artform such as cinema. Moving from strength to strength, the actor soon took on the mantle of a superstar with stylised moves and antics that became unique to the actor. Over the decades, several actors have attributed their love for cinema to Rajinikanth brandishing his veshti like a sword with the swagger of a hero but there has been no one – and we bet, there will be no one –  like superstar Rajinikanth.

On his birthday, we take a look at 10 of the superstar's movies that are a must-watch:

We recommend that you start with the film that marked the beginning of Rajinikanth's journey in the world of cinema. Apoorva Raagangal stars acting greats such as Kamal Haasan, Sundarrajan, and Srividya. Despite the towing presence of these actors, debutant Rajinikanth holds his own in a film that explored the complex subject of relationships between people with wide age gaps.

This is another movie that features Rajinikanth with acting legend Kamal Haasan. In the film, the actor plays the role of antagonist Parattai who has rather lustful eyes on Mayilu played by the late Sridevi and is the man to beat for hero Chappani played by Kamal Haasan.

One of the first films that had cinephiles sit up and take notice of Rajinikanth was J Mahendra's Mullum Malarum. The movie saw Rajinikanth play the role of Kali, a winch operator of a cable trolley. His role as a brother whose love for his orphan sister pits him against his boss was loved by all. Mullum Malarum marked the steep ascent of Rajinikanth to being one of the greatest superstars of Indian cinema.

Thillu Mullu, which is a remake of the Hindi film Golmaal (the original not the Rohit Shetty version), brought Rajinikanth's comic talent to the fore. With K Balachander donning the director's hat, the film proved Rajinikanth's versatility.

Mani Ratnam's take on Mahabharata had a host of acting legends sharing a frame. In the film as Mammootty plays the role of a crime boss, inspired by the character arc of Duryodhana, Rajinikanth portrays Surya inspired by Karna. As an abandoned son, grieving lover and a loyal friend, Thalapathi is the rise and rise of Rajinikanth the actor.

Annamalai, which was released in 1992, is a remake of the 1987 Hindi film Khudgarz.  The movie deals with the intricacies of class conflict in the backdrop of an unlikely friendship between Annamalai, a milkman and Ashok, a wealthy hotelier.

Baashha, which was released in1995,featured Rajinikanth in the role of an auto-driver, who is constantly running away from his violent past, only to have fate force him to return to his gangster roots to protect his sister. Many of the legendary cool moves that you have heard Rajinikanth pull off are featured in this film.

In Padayappa, Rajinikanth is in his true superstar element. The film features a stellar ensemble cast of Sivaji Ganesan, Ramya Krishnan, the late Soundarya, Abbas, Lakshmi, and Nassar. It traces the journey of Padayappa, who works his way to success to avenge the death of his father.

Enthiran, the 2010 science fiction action film written and directed by S. Shankar, really needs no introduction. The movie, which stars Aishwarya Rai Bachchan and Danny Denzongpa, pits Rajinikanth the scientist vs Rajinikanth the robot against each other. Double the Rajinikanth, double the fun. It also has a sequel of sorts, titled 2.0.

Kaala by renowned filmmaker Pa. Ranjith follows the lives of people who had migrated from Tamil Nadu and settled in the slums of Dharavi. Karikaalan aka “Kaala” is the godfather of the community, who locks horns with Haridev "Hari Dhadha" Abhayankar, a gangster turned minister who intends to evict the residents and seize their land.