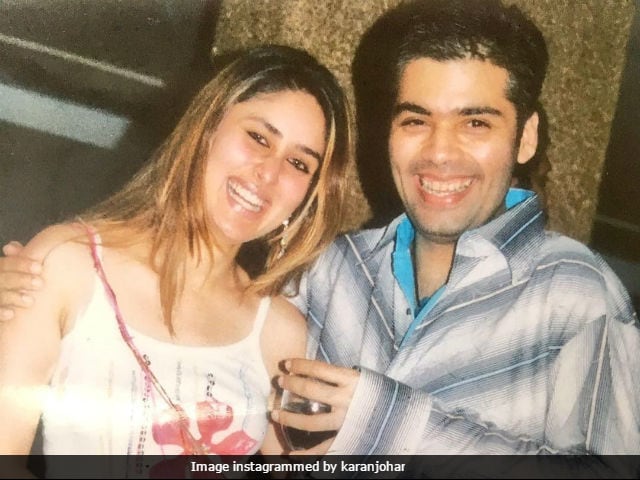 New Delhi: Actress Kareena Kapoor Khan is celebrating her 37th birthday today and wishes have been pouring in for her from all across. Filmmaker Karan Johar, her close friend and long-time industry ally, shared a collage on Instagram featuring him with the Kurbaan actress along with a wonderful caption that read, "Happy birthday to the sibling I wish I had!!!! Love you so much bebo." Kareena's best friend Amrita Arora also extended her best wishes for the actress on Instagram. She posted a picture in which she seen kissing Kareena on the cheek. "Happy happy birthday my darling beebo (sic)," wrote Amrita.

Happy birthday to the sibling I wish I had!!!! Love you so much bebo

Karan Johar has directed Kareena Kapoor Khan only once in 2001 movie Kabhi Khushi Kabhie Gham but he has produced films like Ek Main Aur Ekk Tu and Kurbaan which featured her in the lead role. Earlier this year, it was reported that KJo approached Kareena for his next venture but no official announcement has been made yet.

Kareena Kapoor got married to actor Saif Ali Khan in 2012. The couple welcomed their first child Taimur on December 20, 2016. The couple co-starred in films like Omkara, Agent Vinod, Tashan and Kurbaan.