"I thank the family that is the only reason I became a filmmaker! Yash uncle was my guiding light... Adi my mentor in every way," wrote Karan Johar Karan Johar, thank you! Recent or not, it's so good to see Aditya Chopra in photos on social media. On Guru Purnima, Karan Johar paid a heart-felt tribute to legendary filmmaker Yash Chopra, with a major blast from the past, also featuring reclusive Yash Raj boss Aditya Chopra and Uday Chopra. After Yash Chopra's death in 2012 the Yash Raj Films' baton was taken over by Aditya Chopra while Uday Chopra is best known for his role in the Dhoom series of films. In his tweet, KJo thanked both Yash Chopra and his sons for being significant driving factors for him to be emerge as a successful filmmaker and wrote: "On Guru Purnima, I thank the family that is the only reason I became a filmmaker! Yash uncle was my guiding light... Adi my mentor in every way! And Uday Chopra my biggest support when I was new to a film set! I am grateful to them forever."

On #GuruPurnima I thank the family that is the only reason I became a filmmaker! Yash uncle was my guiding light ...Adi my mentor in every way! And @udaychopra my biggest support when I was new to a film set!!! I am grateful to them forever.... pic.twitter.com/VasrxMVRjm

With my best friend Adi and God child Aryan! God!! How time flies!!!!! This was 18 years ago

Aditya Chopra, who has a reputation for staying away from the cameras, made a rare appearance earlier this year when he accompanied Rani Mukerji to an outing. In December last year, Rani hosted a birthday party for her daughter Adira and both Aditya Chopra and Adira were missing from pictures on social media. Later, this is what Rani told news agency PTI: "It's our decision. My husband being a private person wants Adira to have a normal upbringing." 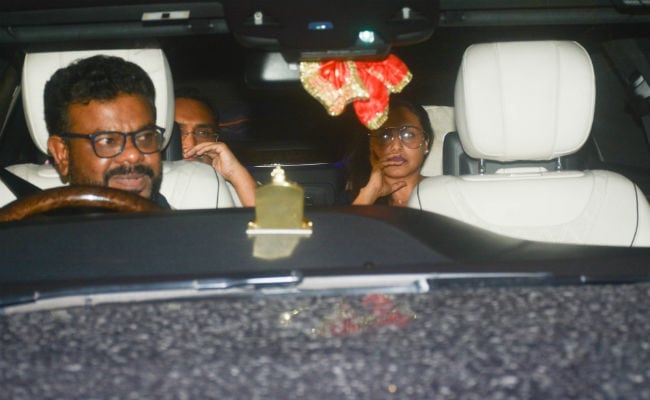 Karan Johar made his debut as director in Kuch Kuch Hota Hai, which were produced by Dharma Productions but distributed by none other than Yash Raj Films. KJo went on to make films such as Kabhi Khushi Kabhie Gham and Kabhi Alvida Naa Kehna, both of which were in collaborations Yash Raj Films. He last directed Ranbir Kapoor, Anushka Sharma and Aishwarya Rai Bachchan in 2016's Ae Dil Hai Mushkil. Karan Johar also directed a short story in the four short-film anthology Lust Stories released on Netflix.

Aditya Chopra has big budget films like Thugs Of Hindostan and smaller projects like Sui Dhaaga in the pipeline. Meanwhile, Uday Chopra is one of Twitter's favourite celebrities when it comes to trolling but he often trends for his troll-incinerating skills on the platform.