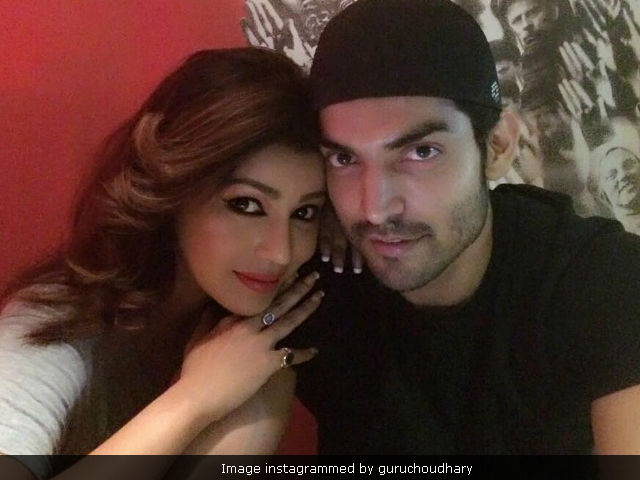 New Delhi: Television celebrity couple Gurmeet Choudhary and his wife Debina Bonnerjee are all set to adopt two girls from Bihar, reports the Pune Mirror. The couple will adopt Pooja, an orphan, who lived with her uncle and her first cousin Lata from Jarampur, which is Gurmeet's hometown. The couple met the girls in 2014 when they were in Jarampur to attend a family wedding. Pooja, 6, and Lata (age unknown) lived near Gurmeet's home and his mother liked the two girls. "After hearing about their plight from my mother I discussed them with my wife. Debina agreed with me that it was time to give the kids a home, a deserving education and my last name," Gurmeet told Pune Mirror.

"All the paperwork is done. We will be going to Jarampur for the final signatures after Holi. It is a two-day process. Everybody, including my parents, keep asking me when I'm planning a baby. Well, it's official now, I'm bringing home two daughters and we couldn't be more excited," Gurmeet added.

Gurmeet and Debina do not want to uproot the girls immediately as their family and friends advised them. Therefore, Gurmeet told Pune Mirror that Pooja and Lata will spend another year in Jarampur and will join the couple In Mumbai in 2018. "After one academic year, they will shift in with us in our Andheri home by 2018. My brother and his family live in Patna and they will be around to see that they are well cared for. Debina and I will travel to Patna three-four times in the year and stay there through their summer vacation too," he said.

Gurmeet Choudhary and his wife Debina Bonnerjee, both 33, got married in a private ceremony in February 2011. Gurmeet Choudhary debuted on the small screen with 2006 show Mayavii however his big break was in 2008 series Ramayan in which he played the role of Lord Ram and Debina co-starred as Sita. After Ramayan, Gurmeet appeared in shows like Geet - Hui Sabse Parayi and Punar Vivah. Debina currently plays antagonist on television show Santoshi Maa co-starring Ratan Rajput and Gracy Singh.

Promoted
Listen to the latest songs, only on JioSaavn.com
Gurmeet has also starred in films likeKhamoshiyan (his Bollywood debut) and Wajah Tum Ho.

Shah Rukh, Aamir Khan May Finally Be Teaming Up - And Not For A Selfie