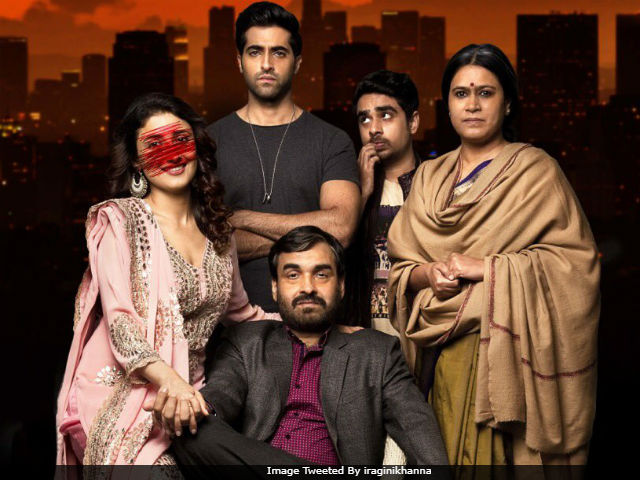 Cinematographer-screenwriter Shanker Raman's directorial debut, Gurgaon, is located in an urban expanse that's going to seed. The compelling neo-noir slow burner, a searching probe into the horrid upshots of patriarchy and misogyny, unfolds in a lawless landscape where humanity is on life support.

The plot swivels around a power struggle in a real-estate clan headed by a crusty tycoon struggling to live down his violent past. The tussle pits the ageing man's adopted daughter and chosen successor against a headstrong, brooding male scion driven by a sense of entitlement, hate and rage.

Gurgaon is splendidly crafted. It conveys the urgency and sinewy edginess of its theme without resorting to shock cinema tactics. While it does follow the basic principles of the thriller genre, it never cuts loose and goes wild. The writing is precise, the lensing perfect, the sound design highly evocative, and the editing in sync with the tale's bristly nature. The acting, modulated and unfussy, is top notch too. 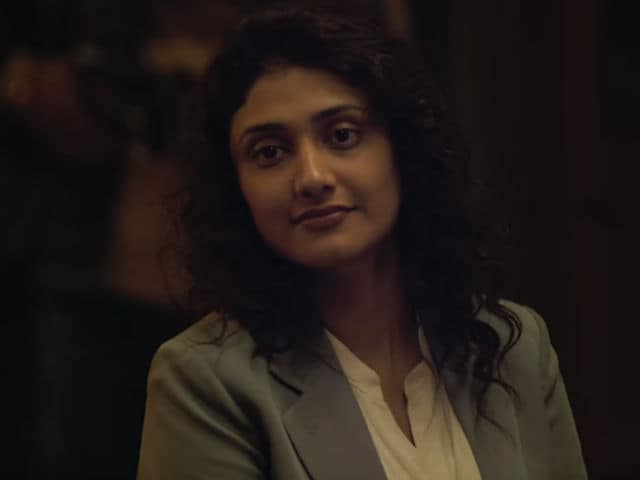 Gurgaon Movie Review: Ragini Khanna in a still from film

"Inspired by true events", the film delves into a murky world infested with land sharks, satta operators, petty criminals and dangerous drifters. A young, ambitious woman with a mind of her own parachutes into this cesspool. Sibling envy rears its head. A kidnap goes horribly wrong. Skeletons tumble out of the family's creaking closet.

This certainly isn't a place for talented women like Preet Singh (Ragini Khanna), who returns from the US with a degree in architecture and is all set to take over the reins of the thriving construction empire that her father, one-time impoverished farmer Kehri Singh (Pankaj Tripathi), built on dodgy foundations.

A brief introduction presages the unfolding of an unrelentingly grim scenario in which unspeakably horrid crimes are committed and plenty of blood is spilled. A jungle has its laws - laws laid down by nature, the lead-in tells us. But in this particular 'gaon', rules are broken at will. Everybody fancies himself as a hunter here, but there is little left for them to hunt. The resultant turf wars are violent and disastrous.

One defining scene in Gurgaon plays out entirely in the form of a reflection in a mirror. We see a worried Preet slouched in the lower left corner of the frame. Sophie (Anna Ador), her American friend, physically monopolises the visual composition. The latter can't fathom why Preet has agreed to marry a guy of her father's choice. "It's complicated... Every inch of land that my father owns is in my name. I cannot say no to him," confesses the reluctant inheritor.

What she says next sums up exactly what she's got into: "I'm terrified, I don't want to be sucked into my family business... I shouldn't have come back." But now that she is back, she must learn how not to sink. That's what the battle is about. Preet's brother, Nikki (Akshay Oberoi), peeved at being summarily sidelined, detests the girl that his parents "picked up from the gutter at the behest of some holy man". The reason for the adoption is anything but altruistic. 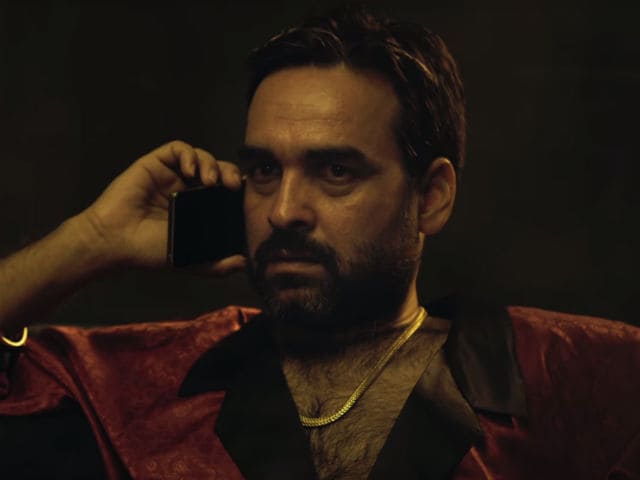 Gurgaon Movie Review: Pankaj Tripathi in a still from film

Nikki and his lackeys impulsively place a bet on Virender Sehwag hitting an ODI ton. The batsman falls one short. Trouble erupts when the bookie demands his dough. Given only three days to find the money, Nikki loses his bearings. The consequences are catastrophic.

We may have encountered some of these products of urban alienation before, but Gurgaon deviates from norm in many ways. For one, it definitely isn't derivative of the gangster films that emanate from Mumbai's independent cinema space. While it does place itself unmistakably in a specific place and time, it breaks free from the geographical location of the title to subtly articulate an overarching statement on unsustainable urban growth and the social fissures that it causes.

Gurgaon also projects the family not as the kind of benign unit of safety and well-being that much of popular Hindi cinema is predicated on, but as a conflicted, unstable and damaging entity. It also turns the 'sacrosanct' brother-sister bond, another standard mainstream Bollywood trope, on its head and pushes it towards a treacherously and openly adversarial relationship.

Dinner time in Kehri's Singh's opulent home isn't an occasion for warm conversation. The very first such sequence lays bare the simmering tensions. The magnate's feckless younger son Chintu (Ashish Verma) fishes out a flyer for a gym that Nikki intends to launch. Kehri shoots the proposal down. The property, he declares dismissively, will house Preet's office. Nikki swallows his pride and sulks.

It is easy to see why Nikki is such an empty shell, emotionally drained out and constantly on a short fuse. With him around, a minor skirmish on the dance floor in a watering hole can snowball into a full-on brawl. Preet steps in to stop him from raining blows on the object of his fury. She receives a mouthful in return.

Also privy to the dark secrets of this family is policeman Bhupi Hooda (Aamir Bashir), Kehri Singh's brother-in-law. A hustler, he is summoned for a firefighting mission when an unforeseen crisis rattles the family. Bhupi's methods are no less brutal than those that he is on the trail of.

Gurgaon does not rely on big-bang drama for effect. It focuses instead on the vile ways in which avarice and distrust spread venom and cloud judgment. Despite its limited wingspan, the film lifts off and flies smoothly purely on the strength of the evocative and effective atmospherics created by director of photography Vivek Shah and sound designer Mohandas PV. The captivating back-and-forth rhythm that editor Shan Mohammed lends to the film adds another layer to this intense movie experience.

Pankaj Tripathi delivers a classy performance as a control freak who fails to keep his brood together. Akshay Oberoi brings controlled intensity to bear upon the seething young man who feels grievously gypped. Ragini Khanna, playing the only character in the film who is allowed an occasional hint of a smile, exudes both charm and confidence.

Promoted
Listen to the latest songs, only on JioSaavn.com
Srinivas Sunderrajan as a rocker dragged into the mess, Shalini Vatsa as the mother who, in the end, loses much more than anyone else and Aamir Bashir also contribute to making Gurgaon a must watch.

No two ways about it, Gurgaon is a felicitous first film that bears the stamp of cinematic craftsmen who know their art inside out.