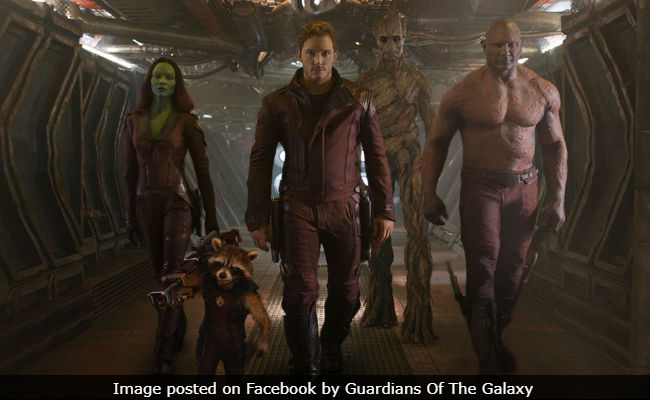 A still from Guardians Of The Galaxy. (Image courtesy: Facebook)

Guardians of the Galaxy Vol 3 would have been a tall order for anyone but franchise filmmaker James Gunn to direct. Now, a year after Disney fired Gunn over his social media activity, the studio has rehired him to make the third Guardians film, according to the Hollywood trades.

Gunn's return was reportedly paved by meetings with Walt Disney Studios Chairman Alan Horn. Deadline, which was first to report the news Friday, said the decision was "actually made months ago."

"I deeply appreciate Disney's decision, and I am excited to continue making films that investigate the ties of love that bind us all," Gunn tweeted Friday afternoon.

Gunn was fired last summer after old, offensive tweets about rape and pedophilia were resurfaced online by critics on the political right. The filmmaker, who had guided the first two "Guardians" movies to success - the movies grossed a combined $1.6 billion worldwide - apologized for the tweets, which he called attempted jokes.

In July, Horn said in a statement: "The offensive attitudes and statements discovered on James' Twitter feed are indefensible and inconsistent with our studio's values, and we have severed our business relationship with him."

But much of the Guardians cast signed an open letter last year seeking Gunn's rehiring; Dave Bautista, who plays Drax, was especially vocal in his support of Gunn, as a #WeAreGroot campaign gained traction.

"I am tremendously grateful to every person out there who has supported me over the past few months," Gunn tweeted. "I am always learning and will continue to work at being the best human being I can be."

Gunn had recently been announced as the director of DC's Suicide Squad 2.

Guardians of the Galaxy 3 was originally slated for a 2020 release. Some of the Guardians characters will next be seen in April's Avengers: Endgame.

Disney has not responded to The Washington Post's requests for comment.