'Great Supporter Of #MeToo,' Tweets Subhash Ghai After Another Allegation Against Him

Subhash Ghai has now been accused of molesting a model-actress 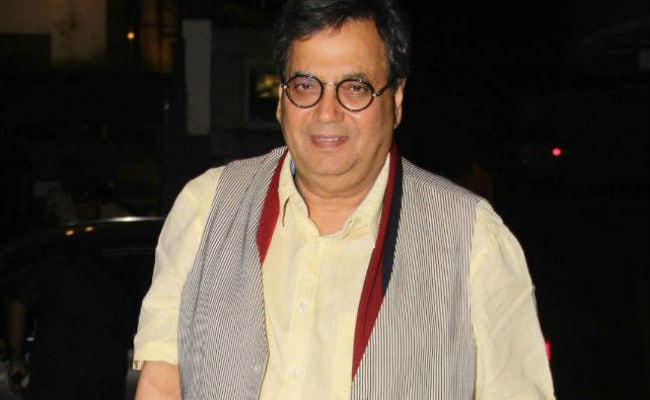 Subhash Ghai at an event in Mumbai

Filmmaker Subhash Ghai, who has now been accused of molesting a model-actress, yet again strongly denied the allegations made against him and in a tweet posted on Sunday morning, he wrote that he is a "great supporter of the #MeToo movement" and "feels grief if someone tries to harm his reputation." A molestation case was filed against Subhash Ghai on Saturday evening by model-actress Kate Sharma, who alleged that the 73-year-old filmmaker tried to "forcibly kiss and hug her when he had called her to his house," news agency ANI reported. Ms Sharma alleged that Subhash Ghai called her to his house on August 6. This is the second allegation against Subhash Ghai, who earlier this week, was accused of allegedly raping a woman several years ago after having spiked her drink.

"I am surely a great supporter of the #MeToo movement and women empowerment, but hope that those taking undue advantage of the movement do not end up diluting it for their own short time fame. I feel grief if someone is trying to harm my reputation. Any way my lawyers will take care of matter," read Subhash Ghai's tweet.

In her complaint, the actress alleged that Subhash Ghai "asked me to give him a massage. It was shocking for me but I respected his seniority and agreed. I massaged him for two to three minutes and then went to the washroom to wash my hands. He followed me to there. He then took me to his room saying that he wanted to talk to me about something. He grabbed me and tried to kiss and hug me," ANI reported.

In his response to the previous rape allegation, Subhash Ghai had dismissed the #MeToo movement as a 'fashion' and told PTI, "It is sad that it is becoming a fashion to malign anyone known, bringing some stories from past without any truth or blown up false allegations if all. I deny strictly and firmly all false allegations like these." He also added that he'll sue the survivor for defamation if she can't prove the allegations.

Many prominent film personalities have been named as alleged predators in India's #MeToo movement, which gained momentum after actress Tanushree Dutta named and shamed Nana Patekar some weeks ago for allegedly harassing her on the sets of 2008 film Horn 'Ok' Pleassss.Celebrities such as Alok Nath, Sajid Khan, Kailash Kher, Rajat Kapoor and Vikas Bahl, among others have been named in the #MeToo account of alleged survivors.

(With ANI and PTI inputs)