Great Expectations of Tabu as She Replaces Rekha in Fitoor 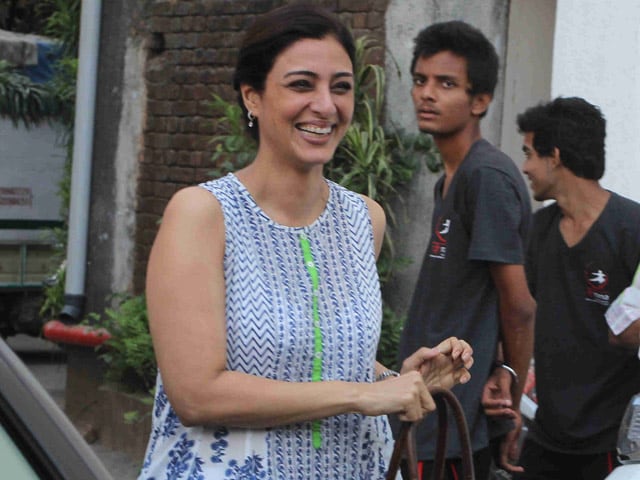 Tabu on the sets of Fitoor

As the unexpected exit of Rekha from Abhishek Kapoor's Fitoor causes comment and speculation in Bollywood and beyond, a blithe and smiling Tabu - Rekha's replacement - was photographed on set in Mumbai on May 27.

Tabu, dressed in summery blue and white and carrying an ikat-print bag, showed up to take over as the desi Miss Havisham in Abhishek's adaptation of Charles Dickens' novel Great Expectations.

Fitoor co-stars Katrina Kaif and Aditya Roy Kapur and much of the film has been shot already, partly in Kashmir. On Wednesday, an intrigued Bollywood was told simply that Rekha, 60, had been replaced by Tabu, 43, in the role of Begum. In the novel, Miss Havisham is a bitter and manipulative old woman, who was jilted at the altar as a young bride-to-be and spends her life among the dusty and tattered remains of her wedding finery.

Abhishek Kapoor, director of films such as Rock On!! and Kai Po Che, said in a statement, "Tabu has given some incredible performances in Maqbool, The Namesake and Haider to name a few. She is an actress who has always accepted challenges and I am honoured to have her in my film."

No comment was made on Rekha's unceremonious exit but rumour has it the actress was unhappy with the way her role had shaped up.

Abhishek and production house UTV's Siddharth Roy Kapur were also spotted on set. UTV has also refrained from commenting on Rekha's departure and described Tabu's arrival as "a casting coup of sorts."

"Tabu is a performance powerhouse and after our association with her on The Namesake and most recently on Haider, we are looking forward to working with her again on Fitoor," said Amrita Pandey from UTV in a statement.