"What did I just read? Govinda rejected a role in Avatar. He actually thought people would fall for it," read a tweet 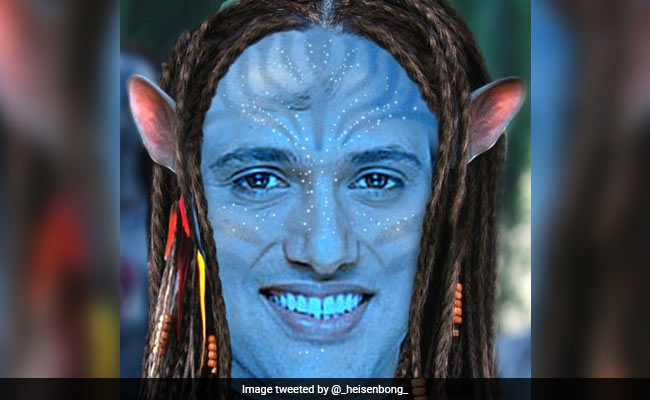 Twitter had a field day over Govinda's statement (courtesy

Sorry, Govinda but this had to happen. In a recent episode of Aap Ki Adalat, Govinda told show host Rajat Sharma that he was supposedly offered a role in Avatar - yes, James Cameron's all-time blockbuster - and that he rejected it as he didn't want to assign 410 days to a project and also because he was averse to the use of body paint. On the show, Govinda also claimed that he was the one to suggest 'Avatar' as the film title. Umm, okay, but Twitter isn't too convinced by the 55-year-old actor's statements and rejected his claims with umpteen number of memes. Why so rude, Twitter? "If Govinda was offered the lead role in Avatar, my dad was offered the lead role in Sholay," tweeted a user while another added: "Avatar is nothing, wait till Govinda tells you about that one time he brought Marvel and DC together."

Another netizen tweeted: "What did I just read? Govinda rejected a role in Avatar. He actually thought people would fall for it."

Some got creative with poster suggestions if Govinda had starred in Avatar and here's the result:

Avatar is nothing, wait till Govinda tells you about that one time he brought Marvel and DC together. pic.twitter.com/WrERpdRCEs

#Govinda : i did not wanted to paint my body that's why i was not a part of #Avatar.
Indian Public: pic.twitter.com/plcBVlBUmY

What did I just read? #Govinda rejected a role in #Avatar he actually thought people would fall for it pic.twitter.com/ZAT73tbHwy

#Govinda says he suggested #avatar's title to James Cameron, refused a role in the film as he didn't want to be in body paint .
Public : pic.twitter.com/GKzdRPx3pf

I am pretty sure this was the Avatar #Govinda was referring to this avatar pic.twitter.com/ykRfcj9WD5

It's true. Govinda was offered a role in #Avatar . This is the audition tape that impressed #JamesCameronpic.twitter.com/0n1MaEzcyT

Govinda really went on to claim that he was offered Avatar 2.
EYE- pic.twitter.com/qLgcqeOqgi

#Govinda I have watched this film and I know what you meant when you said that you rejected #Avatar. pic.twitter.com/jrXrk5hGcN

#Govinda
If govinda done the film, there would be a song in #avatar - neele paintwali tera naam tho bataa ?

Here's what James Cameron said on using Body painting for #Avatar#Govinda ala re ala... pic.twitter.com/H1Th0utuVR

Speaking on Aap Ki Adalat, here's what Govinda said: "I gave the title of the film (Avatar). It turned out to be a super hit film. I told him (James Cameron) that the film will do really well. I told him that I feel it will take seven years for him to complete the film. He got angry. When I said so, he asked, 'How can you be so sure that I won't be able to make Avatar for seven years?' I told him that what he was imagining was something almost impossible."