Golmaal 4: Here's What Parineeti Chopra Has Been Doing On The Film's Set 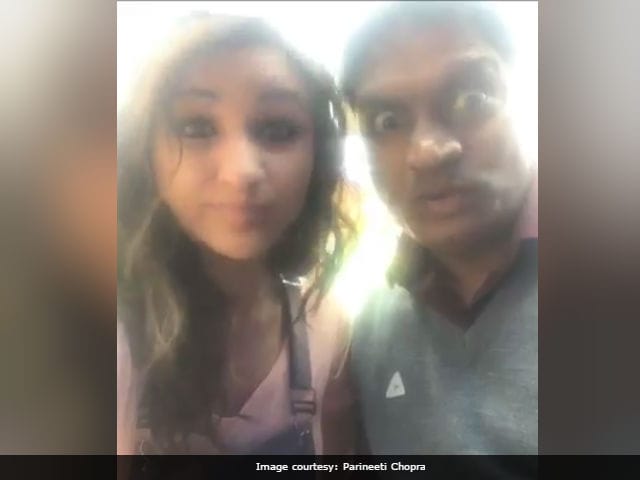 New Delhi: What does Parineeti Chopra do when she is bored? She shoots funny videos with funny faces. The 28-year-old actress, who is busy filming Golmaal 4 with Ajay Devgn, recently shared a short video on Twitter, which also featured Johnny Lever. In the video, the Hasee to Phasee actress is seen making faces along with actor Johnny Lever. Parineeti captioned the video: "Bored between shots". We don't know whether Parineeti was bored, but we got our dose of laughter for the day. The actress, who is teaming up with the Golmaal team for the first time with Rohit Shetty's fourth film in the series, had earlier told news agency IANS that the film would be a refreshing change for her and the audience.

For the shooting of a film like Golmaal, it is but obvious that there will be a lot of fun on the sets. Parineeti recently shared a video of the team watching Yeh Raaste Hai Pyaar Ke, which also starred Ajay Devgn. Ajay is seen in the video, as Parineeti films and trolls him with a caption: 'He's not happy that we are watching his film'. Here's a look...

Promoted
Listen to the latest songs, only on JioSaavn.com
Golmaal 4 also features Tabu, Arshad Warsi, Tusshar Kapoor, Kunal Khemu and Shreyas Talpade. The team recently wrapped up the first schedule of the movie.

Parineeti is also gearing up for the release of Meri Pyaari Bindu co-starring Ayushmann Khurrana and directed by Akshay Roy. The film is slated for a May 12 release.