Golden Globes Trivia: 10 Things to Know About This Year's Nominees 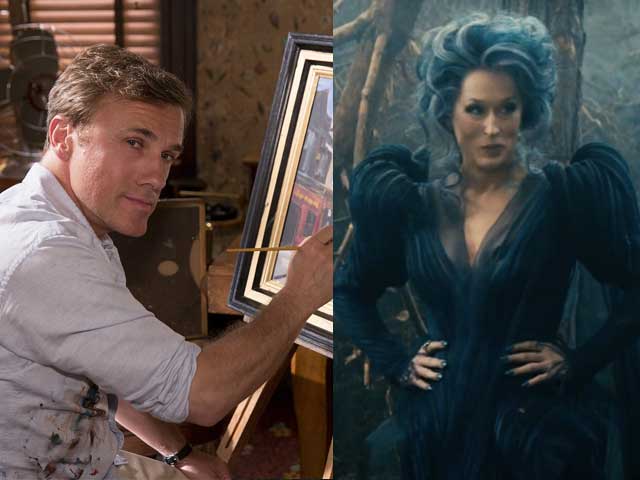 The Golden Globes, considered the more fun version of the Oscars, are upon us. The list of nominees is a mix of veterans and first-timers - and yes, it includes Meryl Streep. Here are 10 things to know about this year's acting nominees.

3. This is Meryl Streep's 29th GG nomination. She is the most nominated person - and has been for some years - having outstripped composer John Williams' 25 nominations in 2012, when she won for The Iron Lady.

4. Meryl Streep also holds the record for the most number of acting wins with eight in total. The only person who has more Golden Globes than Ms Streep is Barbra Streisand whose nine Globes include awards for producing, directing, Best Original Song and honorary Globes.

5. Best Actress - Comedy/Musical nominee Helen Mirren is one of only four actors to have won two Golden Globes in the same year - in 2007, she won Best Actress - Drama for The Queen and Best Actress in a Miniseries or TV Film for Elizabeth I. The other three actors are also female - Sigourney Weaver, Kate Winslet and Joan Plowright.

8. This is the sixth year in a row that Julianna Margulies is being nominated for The Good Wife. She has been nominated every year from 2010 for Best TV Actress - Drama, winning in 2010.

Promoted
Listen to the latest songs, only on JioSaavn.com
9. Of the 29 film actor nominees, 10 have been nominated for playing real people - Steve Carell and Mark Ruffalo as millionaire murderer John DuPont and wrestler Dave Schultz in Foxcatcher; Benedict Cumberbatch and Keira Knightley as World War II codebreakers Alan Turing and Joan Clarke in The Imitation Game; David Oyelowo as Dr Martin Luther King, Jr in Selma; Reese Witherspoon as hiker Cheryl Strayed in Wild; Eddie Redmayne and Felicity Jones as Stephen Hawking and his first wife Jane in The Theory of Everything; and Christoph Waltz and Amy Adams as plagiarist Walter Keane and his wife Margaret in Big Eyes.

10. It's a good year for the family Gyllenhaal. Actor siblings Jake and Maggie have both scored nominations - Jake is up for Best Actor in a Motion Picture - Drama for Nightcrawler, Maggie is nominated for Best Actress in a Miniseries or TV Film for The Honourable Woman.