Golden Globes: The Importance of Being Meryl Streep 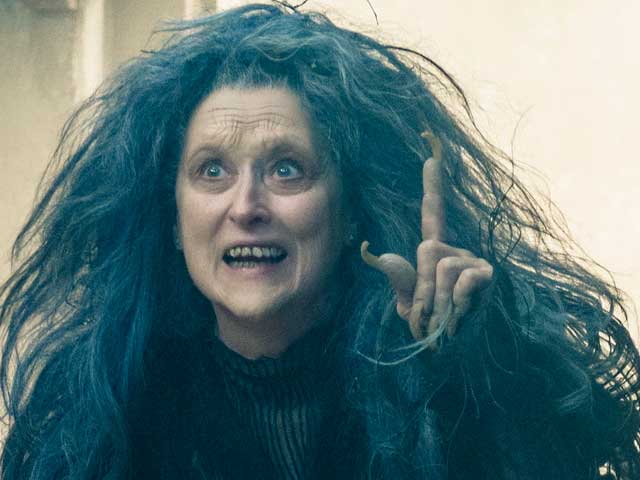 It seems like Meryl Streep has only to be in a film in order to find herself on the list of nominees come award season. This is the fourth year in a row that Ms Streep has been a Golden Globe nominee and she has 29 nominations in total since 1979, when she was first nominated for The Deer Hunter. Needless to say, she is the most nominated actor ever at the Golden Globes and has been for a while, having outstripped composer John Williams' 25 nominations in 2012 with The Iron Lady.

This year, Ms Streep has been nominated for playing a fairytale witch in Into The Woods. Haven't seen the movie? It doesn't matter. All you need to know is that Meryl Streep is in it and, since she seems incapable of delivering anything less than an award-worthy performance - will therefore be causing at least four Hollywood actresses to lose sleep. This year, those four are Jessica Chastain, Keira Knightley, Emma Stone and Patricia Arquette - the other nominees for Best Supporting Actress at the Golden Globes.

Meryl Streep also has the most acting Globes - with eight wins for Kramer vs Kramer, The French Lieutenant's Woman, Sophie's Choice, Adaptation, Angels in America, The Devil Wears Prada, Julie & Julia and The Iron Lady. Only Barbra Streisand has more Globes than Meryl Streep - nine - and those include honorary Globes as well as ones for directing, producing and Best Original Song.

Admittedly, Ms Streep loses far more times than she wins. Between Sophie's Choice and Adaptation, there were 13 nominations which saw her go home Globe-less. Even so, being nominated with Meryl Streep must be both a huge honour as well as immensely frightening.

Promoted
Listen to the latest songs, only on JioSaavn.com
Ms Streep needs no prodding to comment on her status as award show fixture. In her acceptance speech at the Oscars in 2012, when she won Best Actress for The Iron Lady, she said, "When they called my name I had this feeling I could hear half of America going, "oh, no! Oh, come on why - her! Again!"

It is no longer remarkable, therefore, that Meryl Streep finds a place among the nominees (almost) each year. What would be remarkable would be a Streep-less year. Unlikely, as long as she continues making films.