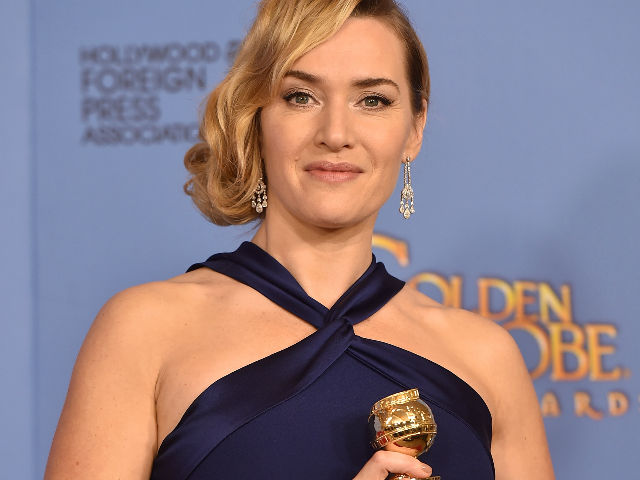 Los Angeles: The Golden Globes opened on Sunday with some sharp jokes from Ricky Gervais and a win for Kate Winslet, as Hollywood's biggest stars turned out for the first major awards show of the season.

The glittering gala in Beverly Hills is seen as a good indicator of the films and actors that will compete for Oscars glory on February 28 - and is second only to the Academy Awards in terms of Tinseltown buzz.

Opening the show was Ricky, back for his fourth hosting stint. He immediately began dishing out his trademark raunchy jokes - with Sean Penn, Caitlyn Jenner and Jennifer Lawrence his first targets. (Also Read: Complete List of Winners at the Golden Globe Awards)

"Shut up, you disgusting, pill-popping, sexual deviant scum," the British comedian told those gathered at the star-studded event organized by the Hollywood Foreign Press Association in Beverly Hills.

The first winner of the evening was Kate Winslet, who took the Globe for Best Supporting Actress in a film for her role in the biopic Steve Jobs.

"What an incredible year for women in film!" she said as she accepted her award.

Matt Damon also took home the Golden Globe for Best Actor (Musical Or Comedy) for his role in The Martian, while Sylvester Stallone picked up the trophy for Best Actor in a Supporting Role for Creed. While some industry pundits predicted Spotlight - a movie about the Boston Globe journalists who uncovered sexual abuse in the Catholic Church - would win for best drama film, the race for the night's most coveted prize was up in the air.

"I think Spotlight is going to win partly because it's a celebration of journalism and there are some 90 journalists who are voting on this," said Timothy Gray, awards editor for trade magazine Variety.

"But I wouldn't bet my money on it because there are other possibilities," he said. "This year, there is genuine suspense."

The frontrunner for best comedy or musical film is The Big Short, based on a book about the financial crisis of 2007-2008.

Leonardo appears well ahead in the race for best actor in a drama for his strong performance as fur trapper Hugh Glass in The Revenant.

Critics are widely predicting that the 41-year-old actor will even take home his first Oscar for the role.

"There is a feeling that it's his year," said Tom O'Neil, founder of awards tracker GoldDerby.com. "All 17 GoldDerby experts have him unanimously out front to win."

Also nominated for best actor in a drama are Bryan Cranston as a blacklisted 1940s screenwriter in Trumbo, Michael Fassbender for his work in Steve Jobs, Eddie Redmayne for the transgender tale The Danish Girl, and Will Smith for the hard-hitting sports drama Concussion.

For best actress in a drama, the nominees are Blanchett and her Carol co-star Rooney Mara, Brie Larson for Room, Saoirse Ronan for Brooklyn and Alicia Vikander for The Danish Girl.

Unlike the Oscars, the Golden Globes also honors television shows, and two nominated series are creating a buzz: Mr Robot, about a computer programmer and vigilante hacker, and Narcos, Netflix's take on the infamous Medellin drug cartel.

Amazon's comedy Mozart In The Jungle took the prize for Best Comedy Series.