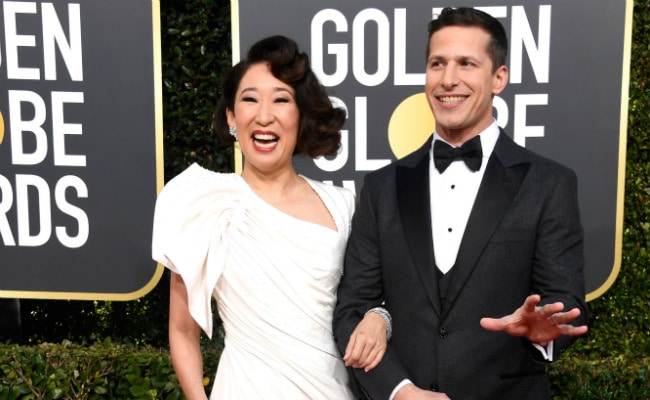 Hosts Andy Samberg and Sandra Oh kicked off the Golden Globes on Sunday, with hit music romanceA Star Is Born the frontrunner at the year's first and sassiest awards gala.

Under an azure southern California sky, Tinseltown's elite worked the red carpet for the first time this awards season at The Beverly Hilton, in the run-up to the all-important Oscars on February 24.

The Globes, which got underway at 5:00 pm (0100 GMT Monday), is the only awards show where alcohol is served, usually ensuring a more colourful affair than showbiz's other big nights.

Sandra Oh and Andy Samberg started the proceedings with light-hearted banter and jokes - and very little of the cutting commentary that was common in past years.

(Except for the headline, this story has not been edited by NDTV staff and is published from a syndicated feed.)
Comments
golden globes 2019golden globe hosts