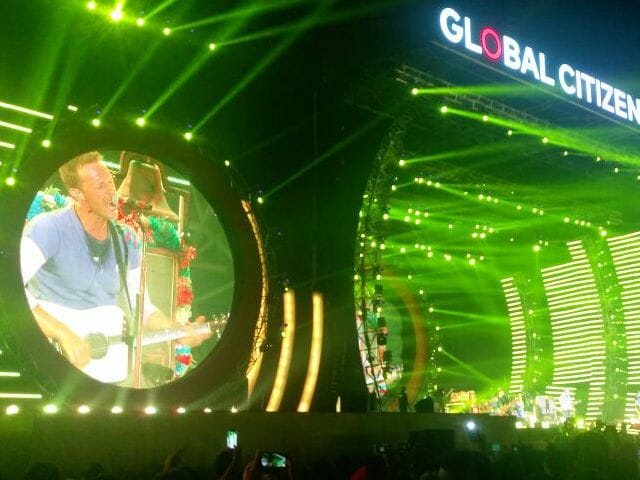 New Delhi: Coldplay frontman kept his date with India and performed during the Global Citizen Festival on November 19 at MMRDA grounds in Mumbai's Bandra-Kurla complex. An impressive show was put up by Bollywood stars which included names like Amitabh Bachchan, AR Rahman, Farhan Akhtar, Sonakshi Sinha and Shraddha Kapoor. The Vamps and Jay-Z, who rapped in Punjabi (much to the audience's delight) followed but when Chris Martin took the mic, the crowd went crazy. This is the 39-year-old singer's first official concert in India. Here's how Chris changed India's Hymn For The Weekend.

Here's what happened before Coldplay took over. Ranveer Singh's energy was infectious.

Here is #RanveerSingh for #GlobalCitizenIndia@glblctznIN#RjAlokpic.twitter.com/etkzbd8jOW

Jay-Z, who added punjabi tadka to his performance.

Here's a glimpse of The Vamps on stage. 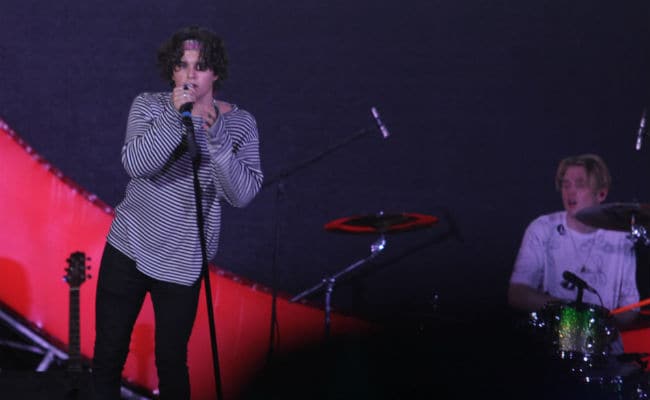 The Vamps photographed during the Global Citizen Festival

He has left us all mesmerised. @arrahman#GlobalCitizenIndiapic.twitter.com/iVBP3QF5vg

No less than Shah Rukh Khan introduced Rahman to the crowd (amid hooting and cheers):

Sonakshi Sinha, star of films like Akira and Lootera, enthralled the crows too.

"You are the voice, you are the change." - @sonakshisinha at #GlobalCitizenIndiapic.twitter.com/gwoxDltbAi

Alia Bhatt welcomed Demi Lovato on to the stage.

.@TheArijitSingh and his band are on stage now, and the Global Citizens are stirred by their soulful music. pic.twitter.com/5kQMIp6jJi

Chris Martin and Coldplay have visited India at least twice before but have never performed. Last year, Chris played an impromptu gig in a Delhi nightclub which much of the city missed. He later returned to India with his band to shoot the music video of their song Hymn For The Weekend in Mumbai. Actress Sonam Kapoor featured briefly in the video, alongside no less a person than Beyonce.

Promoted
Listen to the latest songs, only on JioSaavn.com
Earlier this year, a Coldplay concert in Berlin was packed with actors from Bollywood - Deepika Padukone, Alia Bhatt, Sonam Kapoor and Malaika Arora Khan were all spotted.

Aamir Khan skipped the concert as he was headed to Balali, Haryana, for the wedding of wrestler Geeta Phogat, whose father Mahavir he plays in new film Dangal.