Lara Dutta's Post On Self Love: "Get Dressed And Show Up For Yourself" 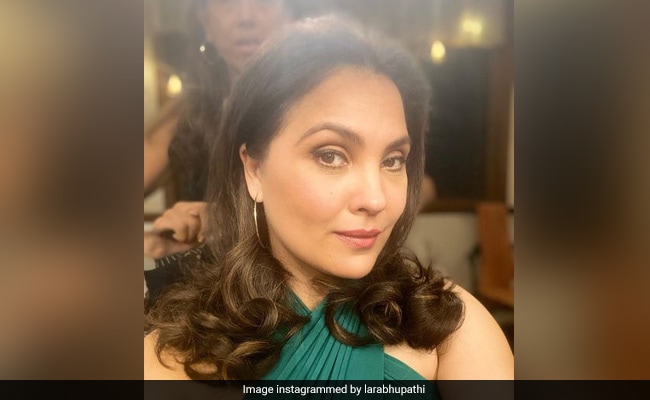 Lara Dutta, who made the nation proud by winning the Miss Universe title decades ago, is a force to be reckoned with. The multi-hyphenate wears many hats with ease. But what sets the actress apart is her refreshing sense of honesty. A case in point in her latest post which contains two images of herself. The first is an unfiltered image of Lara Dutta, after a workout. The second is a more glammed up image of the actress-entrepreneur, ahead of an event. Sharing the story behind the two photos, Lara Dutta said: “Keeping it real. This was me at 7 pm tonite, right after a killer workout that wiped me out. The next image is me 2 hours later, ready to head out to celebrate my fraternity.”

Explaining the intent behind the post, Lara Dutta added, “What's the point? Just that it's important to know that none of us wake up looking like the way we do in the numerous glam photos you see of us. It takes a small village to get us there. In my case, hairdresser extraordinaire Clarabelle Saldanha, my trusty makeup pouch and a favourite, jewelled tone colour. No matter how your days have been, it's important to get dressed and show up- for yourself.”

A few days ago, Lara Dutta also shared a post celebrating 17 years of her film, No Entry. In the caption, she said, “17 years of this iconic film. Will always be grateful for Kajal! My first full comedy role.”

Actor-singer Meiyang Chang said, “Uffffff how much I've laughed with this. You were excellent & super convincing as the always shaqqi wifey.”

A few weeks ago, the actress also shared a bunch of throwback images of her homecoming after the Miss Universe win. “'The Miss Universe officials who had accompanied me on this trip were overwhelmed! They had never experienced such large numbers of people!' Lara exclaimed, revisiting her homecoming as Miss Universe 2000," the caption said. Actress Kritika Kamra replied to the post saying, “Queen.”

Lara Dutta is married to tennis icon Mahesh Bhupathi. The couple has a daughter together.