In her statement, Genelia D'Souza also wrote about "the only way to fight this monster" 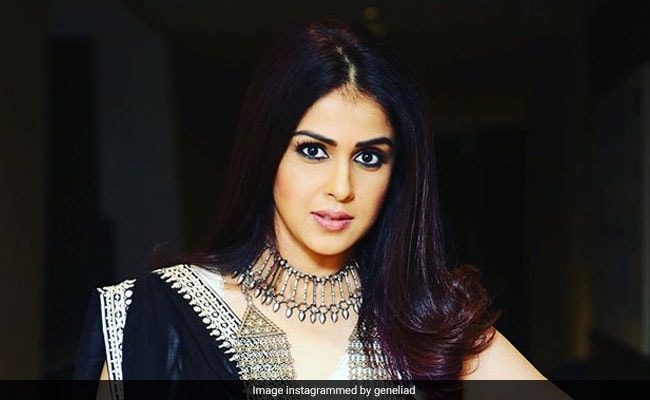 Genelia D'Souza, in her recent statement, said that she had tested positive for coronavirus and was asymptomatic three weeks ago. The 33-year-old actress finally tested negative on Saturday after 21 days in isolation. "Hi, I was tested COVID-positive three weeks ago. I was asymptomatic for last 21 days. With God's grace I tested COVID-negative today," Genelia D'Souza wrote in her statement. The actress described her 21 days in isolation as "most challenging" and added, "As much as I count my blessings that my battle with this disease has been much easier but at the same time I must admit that these last 21 days in isolation have been the most challenging for me to deal with."

In her statement Ms D'Souza wrote about "the only way to fight this monster" and added, "No amount of FaceTime and digital immersion can kill the evil of loneliness. I am happy to be back with my family and loved ones. Surround yourselves with love... That's true strength and it's all one needs. Test early, eat healthy, stay fit - the only way to fight this monster."

Genelia D'Souza is married to Bollywood actor Riteish Deshmukh and the couple are parents to sons Riaan and Rahyl. Genelia is best-known for starring in films such as Jaane Tu Ya Jaane Na, Tujhe Meri Kasam, Tere Naal Love Ho Gaya, Force and Lai Bhaari among others.

The novel virus originated in Wuhan (China) late last year and was declared a pandemic by WHO in March. Amitabh Bachchan along with son Abhishek, daughter-in-law Aishwarya, and his 8-year-old granddaughter also had coronavirus. Apart from the Bachchans', actress Rekha's security staff was found to be infected. Actor Aamir Khan and producers Karan Johar and Boney Kapoor previously announced that members of their staff had tested positive. Baahubali star Tamannaah's parents also tested positive recently. Several TV stars recently announced that they had got the virus as well.