Game Of Thrones: Here Are Details Of Ed Sheeran's Cameo 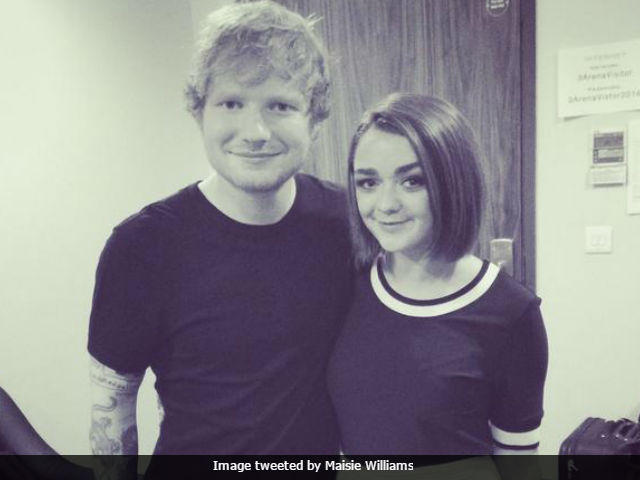 New Delhi: Curious to know what is singer Ed Sheeran's cameo in Game Of Thrones all about? The 26-year-old singer earlier confirmed that he has a five-minute part in an episode of the upcoming season and he won't die like the favouite (and sometimes despicable) characters do. The Shape Of You singer told The Hits Radio that he shares the screen with Maisie Williams, who plays the role of Arya Stark. Ed Sheeran said: "I just do a scene with Maisie. I sing a song and then she goes, oh, that's a nice song." The new season of Game Of Thrones will start in July.

Showrunner David Benioff earlier told TIME magazine that Ed Sheeran's cameo is like a 'gift' to Masie Williams. "For years we were trying to get Ed Sheeran on the show to surprise Maisie, and this year we finally did it," he said.

Towards the end of Game Of Thrones 6 Maisie's character Arya Stark was shown heading towards King's Landing after killing Lord Walder Frey and his sons. In season 6, Arya is trained in the House of Black and White in Braavos but she eventually abandons the Faceless assassins and leaves Braavos. The last glimpse of Arya we get in Season 6 is on a ship headed to King's Landing. Arya hopes to kill Cersei Lannister, who has been crowned the 'Lord of the Seven Kingdoms' and 'Protector of the Realm.'

Arya doesn't know that her sister Sansa and brother Jon Snow are also en route to King's Landing. Jon Snow was named King of The North by the smaller kingdoms of the region after he defeated Ramsay Bolton and reclaimed Winterfell.

Promoted
Listen to the latest songs, only on JioSaavn.com
Meanwhile, Daenerys Targaryen has started her journey towards King's Landing with a mammoth army, three dragons and Tyrion Lannister as Queen's Hand.

Game Of Thrones 7 will have an epic battle for the Iron Throne with three contenders - Cersei Lannister, Daenerys Targaryen and Jon Snow. Game Of Thrones season 7 will premiere on July 7.